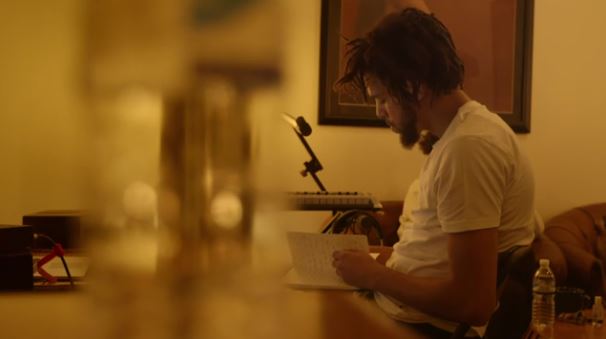 While you’re still digesting the news that J. Cole is dropping a new album on December 9th, there’s another strike from the young legend.

Cole has joined forces with TIDAL for an exclusive documentary titled Eyez which clocks at 40 minutes. Most of the footage revolves around Jermaine and his team working on and discussing marketing around the new album, 4 Your Eyez Only.

To make things exciting for the fans, there is also a full song (probably titled ‘Everybody Dies’) around the 7 minute mark and another one at 30 minutes, plus couple of other snippets of never heard before songs, presumably off the upcoming project. Watch the full documentary below (you don’t need a TIDAL account for it).

“a bunch of words and they ain’t saying sh*t I hate these rappers, especially the amateur 8 week rappers, “Lil” whatever.”

UPDATE: Along with the track list to the album, J. Cole has now released the official videos for both new songs. They are available on iTunes as well: Everybody Dies | False Prophets

UPDATE: Joey Badass has reacted to Cole using the same beat for ‘False Prophets’ as his ‘Waves’ song. He says Cole took his blessing before releasing the song.