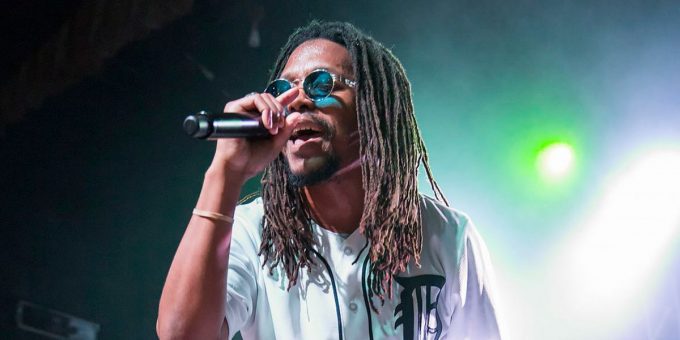 Lupe Fiasco’s plans of releasing albums change quite often but since he’s independent now, he can afford to do that at will.

He released his latest album DROGAS Light on February 10th, which was certainly a solid effort. Though he had previously announced that this was the first in the trilogy of a series along with Drogas and Skull, it looks like there’s a light alteration in plans. Last night, the Chicago emcee announced that he will soon release a new project titled DROGAS: Wave.

Lupe shared a tentative artwork for the album as well. There is no word when exactly it will release and whether it will be in place of the other two albums or in addition to them.