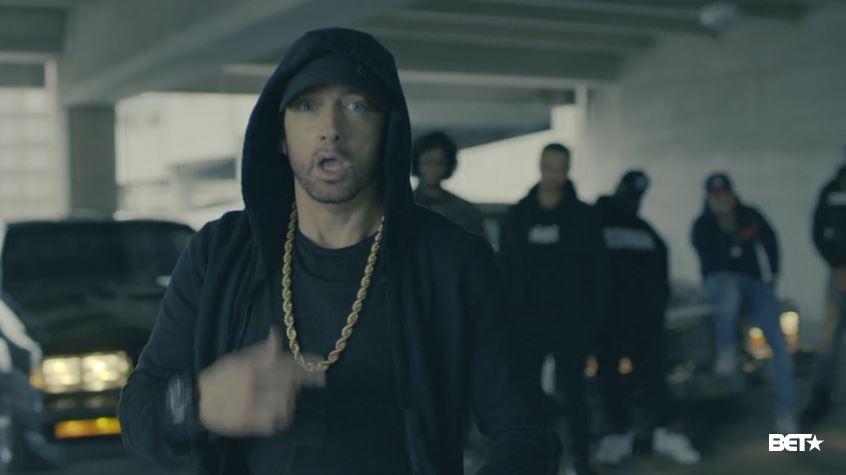 When we got the news earlier today that Eminem would be taking part in a BET Hip-Hop Awards cypher, it got our attention. There have been reports that he’ll release a new album next month but for now a cypher verse will have to do.

This time around there was no Slaughterhouse or any other Shady members. Em went solo and directed the entire thing towards Donald Trump. It was even more direct then last year’s ‘Campaign Speech‘. He acknowledged Colin Kapernick, told his fans to pick a side if they’re on the fence and more. This will be everywhere in no time. Check it out below.