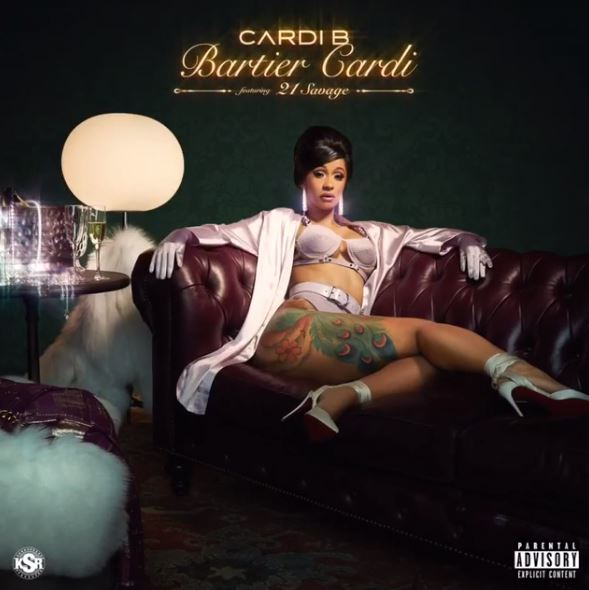 Cardi B is back with a brand new single ‘Bartier Cardi’.

Since her official music launch earlier this year, the Bronx native has gone from an Instagram entertainer to a music superstar. When ‘Bodak Yellow‘ topped the Billboard Hot 100 chart, she became the first female rapper since 1998 to have a number 1 single on the chart. Cardi has also successfully appeared as guest on other artists’ singles like G-Eazy’s ‘No Limit’, Migos’ ‘Motorsport’ and more. She  raps and sings in Spanish on Ozuna’s new song ‘La Modelo‘ as well.

The world has been waiting for Cardi to serve a follow up to her smash single which she has been delaying for a couple of months. Today, she finally unveils ‘Bartier Cardi’ featuring Atlanta’s 21 Savage which is now out on all streaming platforms. Does she have another one with this? Let us know.

It was revealed earlier today that she will also be collaborating on a new song with fellow Bronx resident Jennifer Lopez.