Eminem’s ‘Walk On Water’ Was Originally Supposed To Feature Adele 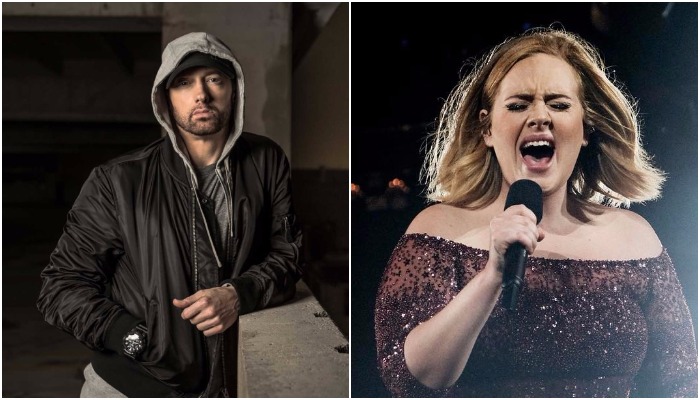 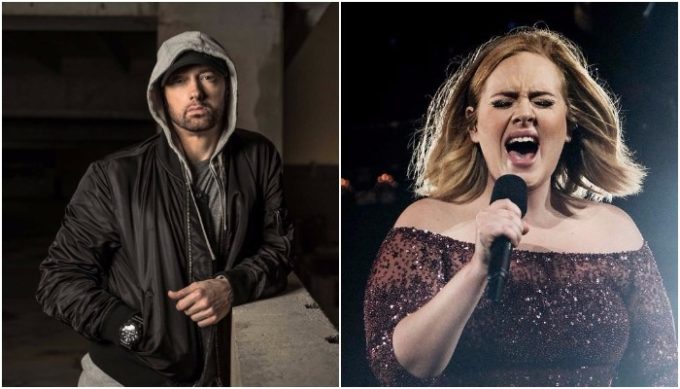 The first single ‘Walk on Water‘ from Eminem’s latest album Revival features Beyonce. It is surely the most unique sounding first single from Eminem and received mixed reviews from fans. Rick Rubin produced the song while Skylar Grey co-produced and co-wrote it.

But here’s an interesting piece of information — the song was originally supposed to feature Adele on the hook. In an interview with Thisis50, Eminem’s producer and right hand man Mr. Porter revealed that Adele was the guest as per original plans but as she was having problems with her voice, the superstar singer could not do the record. They then thought of Beyonce as the best option at the time.

Mr. Porter also talked about his involvement on the album, revealing that he’s produced two full songs on the album (‘Chloraseptic’ and ‘Untouchable‘) but has additional production all over the set. He produced one more song that will be used “for something else.” He also confirmed the reports that 2 Chainz indeed had a verse on ‘Chloraseptic’ (featuring PHresher) but it was left off eventually. When they asked Mr. Porter about possibility of a joint album between Eminem and 50 Cent, Denaun said he would love to produce on it but it’s ultimately the artists’ decision to execute the project. Listen to the interview below.