When Justin Timberlake revealed the track list to his new album Man of The Woods, fans weren’t really surprised to see a guest appearance from Country star Chris Stapleton on the song ‘Say Something’. That’s because JT has always been an artist who incorporates various sounds into his music and has even collaborated with Chris in the past.

The two initially connected for a performance of Stapleton’s version of George Jones’ ‘Tennessee Whiskey’ and Timberlake’s ‘Drink You Away’ at the 2015 CMA Awards and later reunited during JT’s set at Tennessee’s Pilgrimage Festival in September. But this song is the first time the two have worked together on an original song which has been unveiled today as the third release off Man of The Woods, in stores February 2nd. It follows his Urban smash ‘Supplies‘ produced by Pharrell.

You can stream ‘Say Something’ and watch the music video below. Will this smash for JT? Let us know your thoughts. If you missed it, watch his interview with Zane Lowe here. 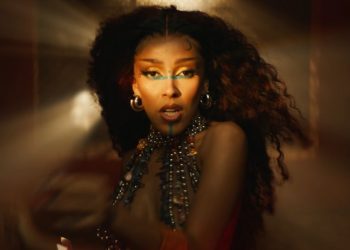