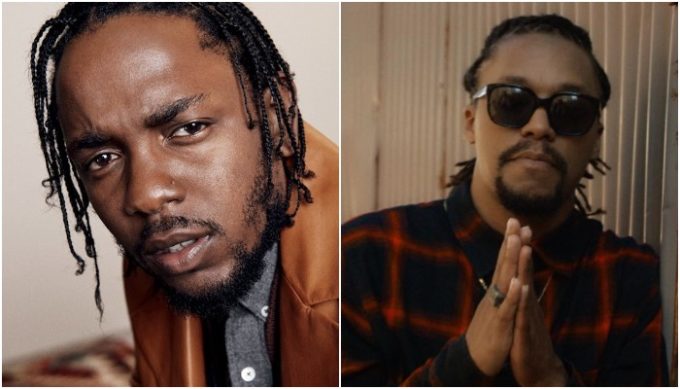 Lupe Fiasco is back in the news and it’s not related to his music. Well, sort of.

Yesterday morning, the Chicago rapper took to Twitter to express frustration over the artwork for Kendrick Lamar & SZA’s new song ‘All The Stars‘ which he thinks looks too similar to the one for his upcoming album Drogas Wave. “Even I admit this is a little too close for comfort…. damn now I guess I need a new album cover… thanx @TheBlackPanther,” wrote Lupe. 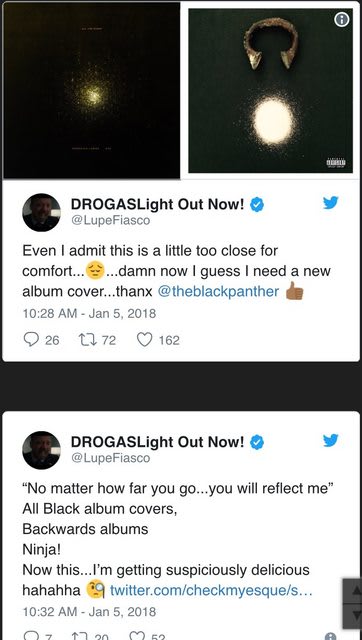 In another tweet, Lupe also conveyed that it’s not the first time that Kendrick has borrowed art concepts from him. “No matter how far you go…you will reflect me,” said Lu, hinting that Kendrick’s Untitled Unmastered album cover looked a lot like his Food And Liquor II cover, both carrying solid plain designs. Lupe also said that he did the “backwards album” concept with Tetsuo & Youth much before Kendrick did it with his latest LP DAMN.

In addition to the above, Lupe talked about being into the Ninja culture first as well. Lupe deleted the tweets soon after but you can see a screenshot above. TDE President Dave Free caught news of the situation and has replied to Lupe is a not so kind manner. “Go kick & push yourself into a tree with these wild allegations,” he wrote, referring to Lupe’s first single ‘Kick, Push.’

@LupeFiasco go kick & push yourself into a tree with these wild allegations. 😂

I see what you did there. However it’s rather impossible to skate into a tree because most trees are located in grass where skateboards don’t actually work to well due to the wheels not really being optimal for traversing across such terrain. Now a car or say a well placed gate https://t.co/7IaLw5kooa

Lupe reacted to our story: 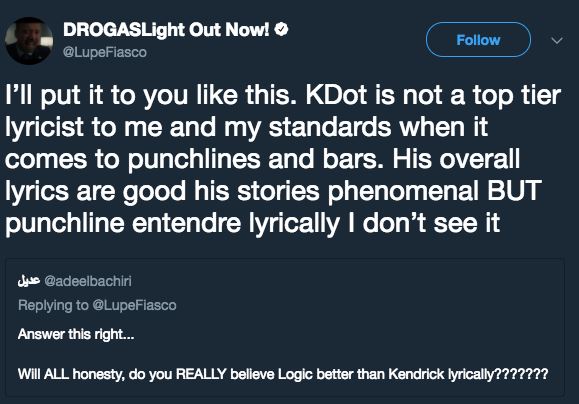 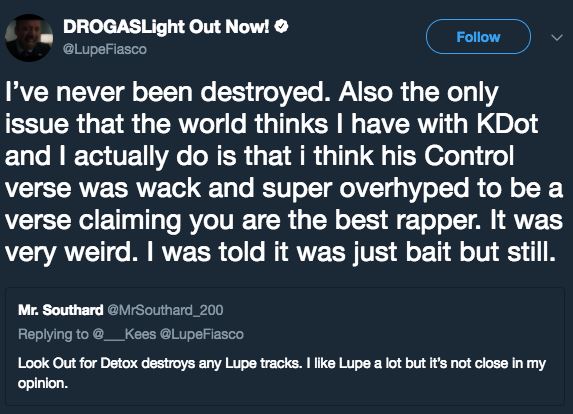