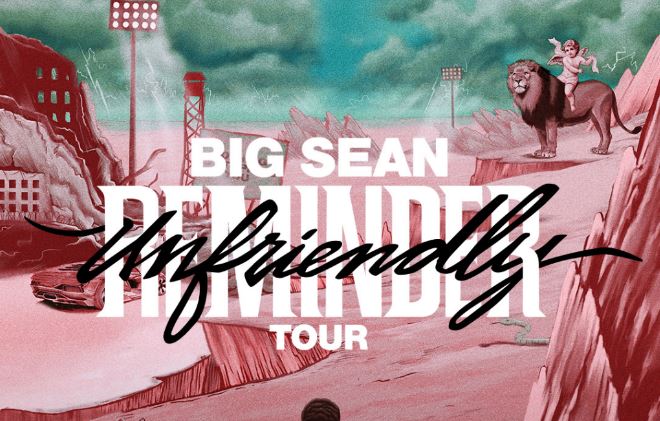 Big Sean is said to be in the studio currently working on new music and today, he has announced a North American headlining tour called Unfriendly Reminder.

The trek kicks off April 12th in Orlando, FL and will make stops at leading markets like Houston, Austin, Atlanta, San Francisco, New York, Chicago and Detroit before concluding in Toronto on June 3rd. The tour will feature support from rapper Playboi Carti, along with opening sets from Shy Glizzy and GASHI.

Big Sean will perform fan favorites spanning his entire discography and not just from his latest albums, I Decided and Double or Nothing (with Metro Boomin). Each fan will be able to vote and choose their top 20 songs for their respective cities and help curate the set list from his entire discography. Voting will start Thursday, February 8th on his official website.

Live Nation pre-sale tickets will be available on Thursday, February 8th between 10AM-10PM local time. Tickets will go on sale to the general public on Friday, February 9th at 10AM local time at LiveNation.com. Check out the full schedule and trailer below. 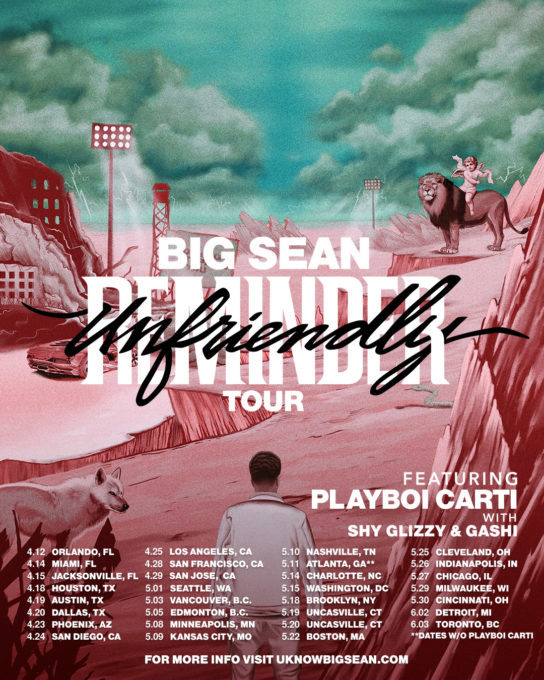