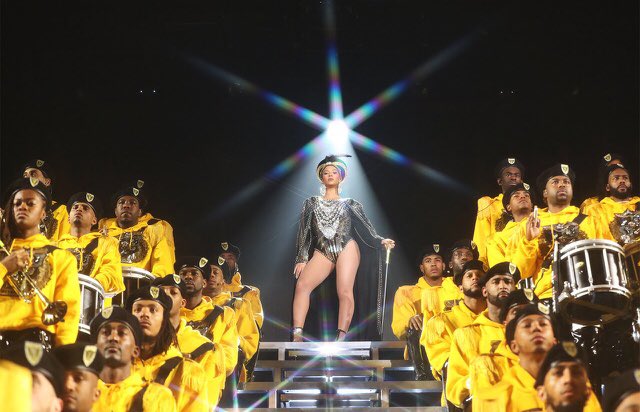 We still can’t get over Beyonce’s epic performance at weekend 1 of Coachella festival in Indio, California which has received acclaim from all quarters of the industry.

Such has been the impact of the performance that her last album Lemonade, has hit the number 1 spot on the overall worldwide iTunes chart, according to data made available to HHNM. The album, which was released in April, 2016, is on the number 1 spot in several countries including Brazil, Denmark and Norway. In the United States, it’s occupying the fifth spot behind albums like Cardi B’s Invasion of Privacy and Kendrick Lamar’s DAMN.

Note that the iTunes chart is different from the Apple Music chart. While the former tracks pure sales, the Apple Music chart only takes into account streaming data. Lemonade debuted at number 1 on Billboard 200 when it was released in April, 2016, moving 653k copies in the first week. A massive 485k out of that came from pure sales so her fans certainly like buying albums.

Beyonce performed several songs from the album this past weekend, including an medley of ‘Sorry’ and ‘Me Myself and I’ and ‘Don’t Hurt Yourself’.