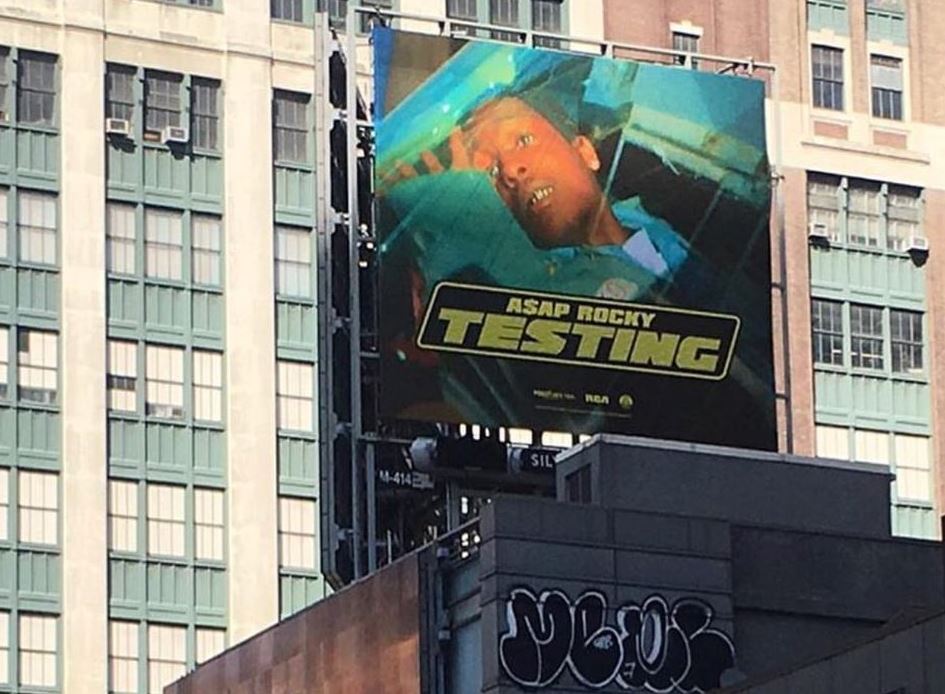 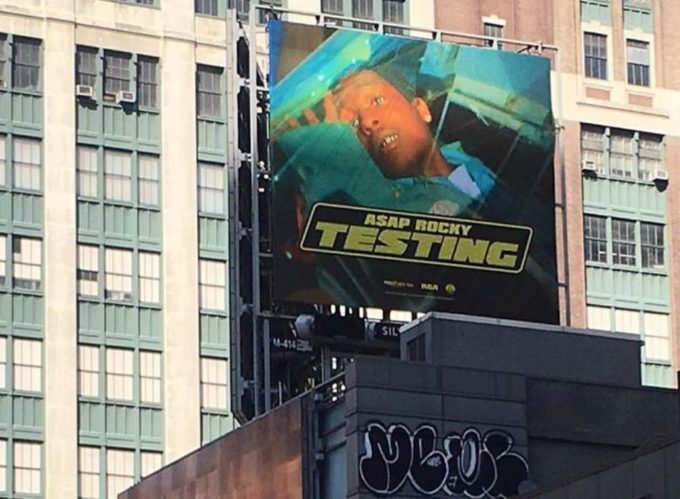 We still don’t have a release date ASAP Rocky’s forthcoming album Testing but it looks like the project could arrive before the Summer ends.

In a new development, a billboard for the album has appeared in New York City near Macy’s flagship Herald’s Square store. Designer @duongtype shared the images of the billboard on his Twitter (see full images below) and also mentioned that the album will be out soon. Interestingly, there is also a new artwork for the album that is up there but we can’t say for sure if this be will treated as the final cover for the album. Previously, different designs have been used for billboards at Coachella and elsewhere.

We on a billboard baby!

Rock released a new song and video ‘Herojuana Blunts‘ for 4.20 last month. Before that, he appeared on The Tonight Show starring Jimmy Fallon to perform the first single ‘Bad Company’ feat. Blocboy JB and another new track ‘Distorted Records’. 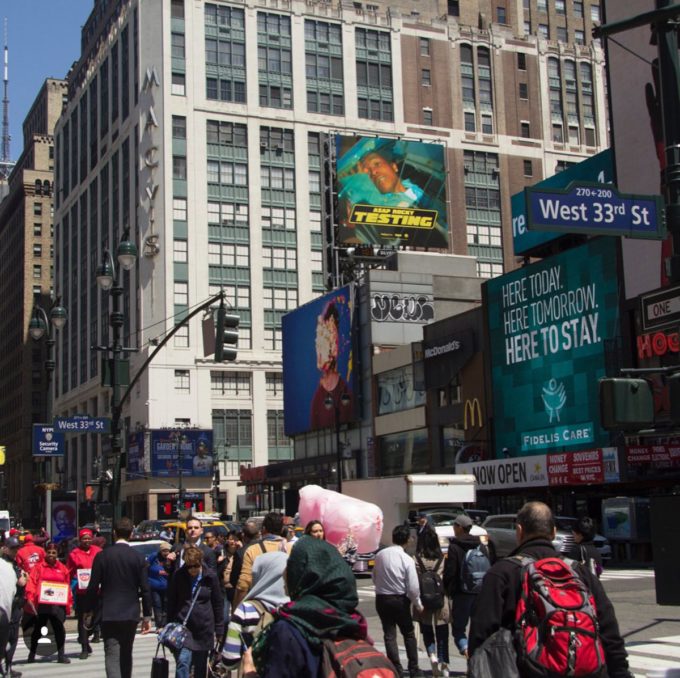 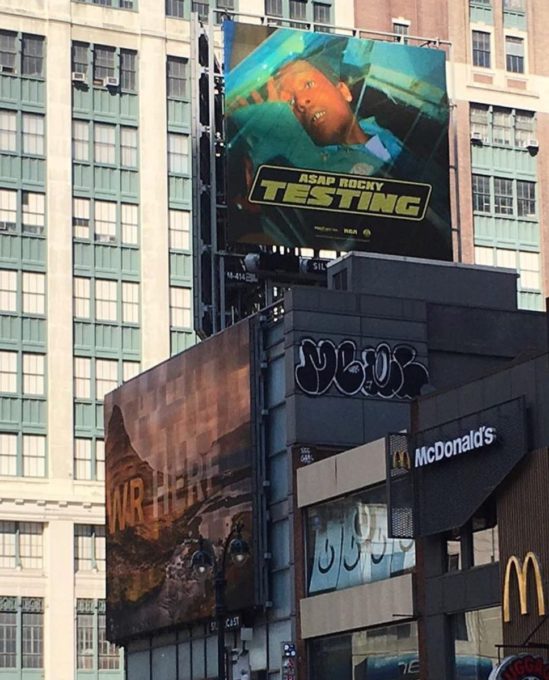 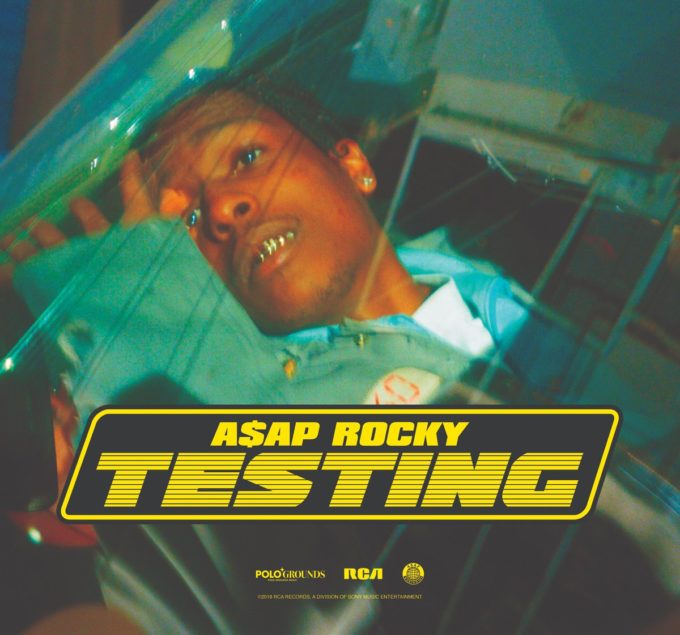