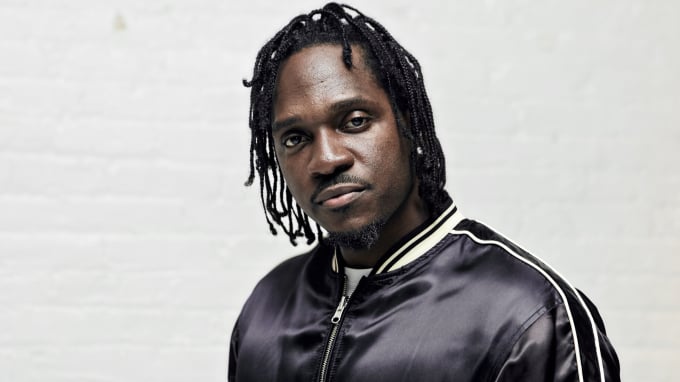 UPDATE 2: In a press release, the official track list for the album is revealed. It is also confirmed that the album is produced entirely by Kanye West.

UPDATE: Confirmed by Pusha. He also explains the reason behind the change.

I changed the album title from “King Push” to “DAYTONA” because I felt it didn’t represent the overall message of this body of work.

“DAYTONA” represents the fact that I have the luxury of time. That luxury only comes when u have a skill set that your confident in.

It is now confirmed that Pusha T will be releasing his new album on Friday, May 25th but it looks like he has a new title for it: Daytona.

The album has been called King Push for a few years so we assumed they are still going with the same but Pusha and his labels have other plans. Earlier this morning, Scott Vener, who co-hosts Apple Music’s OTHERtone show with Pharrell Williams on Beats 1, tweeted a screenshot of private stream of the album where it clearly says “Daytona” as the title.

Good mornin. Today’s flex, I’ll be driving around to this all day. Can I post snippets on my story? @PUSHA_T @StevenVictor pic.twitter.com/XWVQUWjuwT

Neither Pusha not his labels G.O.O.D. Music/Def Jam have talked about the release date or the title of the album yet. We have reached out to Def Jam for a comment.