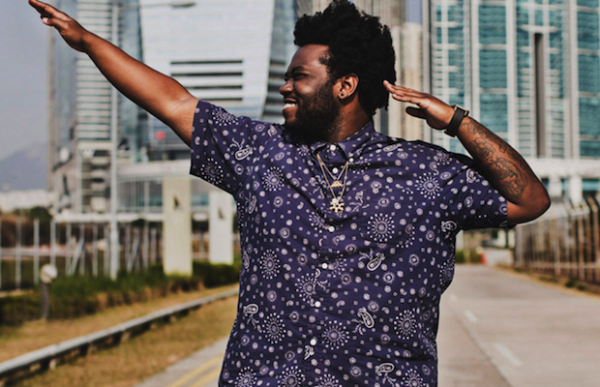 The Drake-Pusha T beef has a lot of rap fans split and picking sides. But if there’s one person who is not afraid to make his stand clear — that’s the one and only James Fauntleroy.

The multi talented producer, writer and instrumentalist has helped craft hits for the top artists in the game over the last decade including Usher, Rihanna, Justin Timberlake, J. Cole, Beyonce, Drake, Jay-Z, Kanye West and more. His most recent smash hits came from Bruno Mars’ album 24K Magic on which he co-wrote almost every song. He also won three GRAMMYs for the album last year.

Fauntleroy was very vocal on Twitter about his feelings towards Pusha T and Kanye West. “Pusha T was a drug dealer, now he’s a snitch,” he first wrote. When a user asked him if he was not in favor of beefs in Rap music, he compared Pusha T to Wendy Williams. “I love rap, so I’m more interested in the actual skill of rapping not just Wendy Williams that rhymes.” See the tweets below.

Following that, he also sang praises for Drake’s close collaborator 40, saying that he’s a genuine human being who does great business. While doing so, he also dissed Pusha T and Kanye by saying that they do bad business, treat people like sh*t and are not even rapping well. He calls Pusha T a one hit wonder. “Before I go: 40 is an amazing human being and the n*ggas y’all defending do bad business, treat people like sh*t in real life and not even rapping well,” he tweeted.

That was not it. The artist went on to call Pusha T and Kanye “b*tch ass, promotion hoe ass n*ggas.” He continued by telling the world how much Kanye uses other people to create the music that gets released under his name. “Kanye literally has had the most ghostcreators in music history btw,” he said.