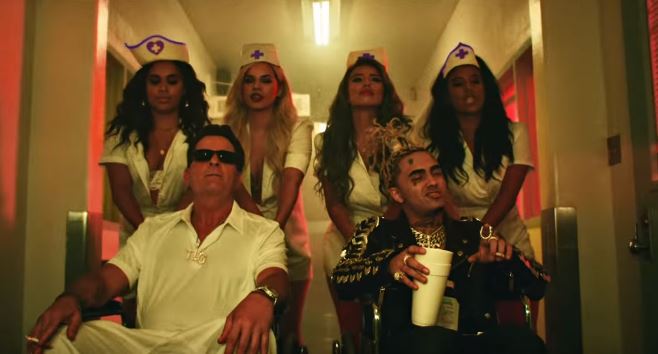 After ‘Gucci Gang’ and ‘Esskeetit’, Lil Pump is now offering another new single called ‘Drug Addicts’ but this one’s a little different.

The content doesn’t change much, except that it glorifies drugs use even more. But what’s interesting it, that the music video which has been released as well, stars controversial star Charlie Sheen. The actor has had a troubled history with drugs and alcohol addiction as we all know so this choice looks a bit irresponsible. Watch it below.