Nicki Minaj’s ‘Queen’ Debuts at No. 2 on Billboard 200 Behind Travis Scott 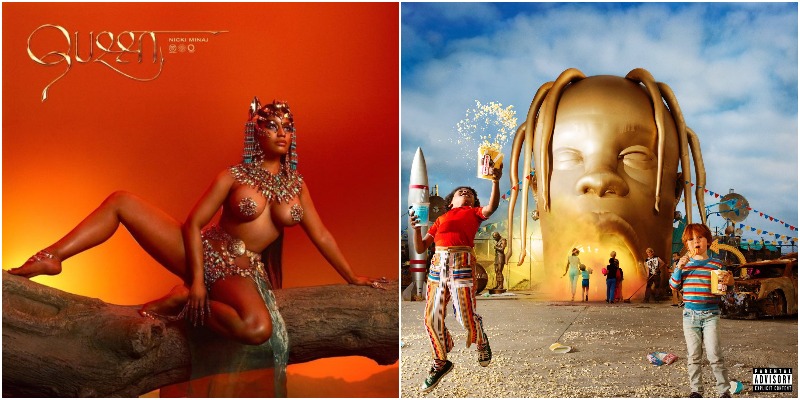 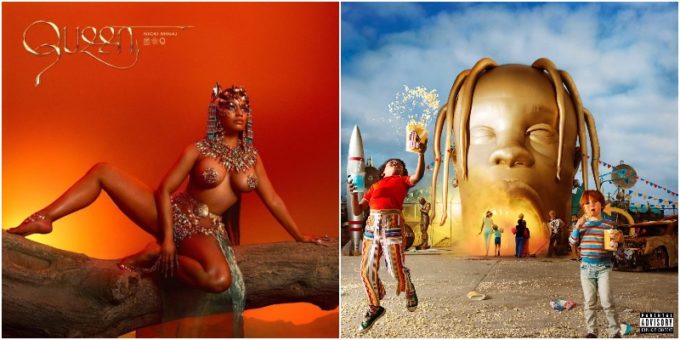 There hasn’t been a sales battle as close as the one between Nicki Minaj and Travis Scott in a long time. Throughout the week, Nicki’s Queen and Travis Scott’s Astroworld (second week on the chart) were going neck and neck with sales projections for both in the region of 175k.

When HitsDailyDouble reported their totals as 190k for Queen and 222k for Astroworld, the New York rapper reacted on Twitter saying that the official numbers will only come out Sunday so we shouldn’t treat the above as final.

When I was told they were being paid to write these things I didn’t believe it, now I know it’s true 😜😛 #Queen bitch!!!! 🎯😘🎀♥️‼️ I got the proof on that too. Loving my life. They so bothered by this lil south side Jamaica QUEEN

Well now the official final numbers are in. Travis Scott remains at #1 with 205k copies sold this week and Nicki comes in at #2 with 185k copies sold. Incredibly, both rapper sold practically the same amount in pure sales at around 78k.

Travis sold over 50K of these. With no requirement of redeeming the album! With no dates for a tour, etc. I spoke to him. He knows he doesn’t have the #1 album this week. I love my fans for the #1 album in AMERICA! I’ll explain on #QueenRadio 4 albums in, #1 in 86 countries ♥️ pic.twitter.com/CiYEuczgm3

My first album sold 400K. No one is doing that with debut albums now. So I’m so grateful. I lost out on 12 hours of sales and did 200K in one week after I was supposedly cancelled. I bit my tongue last #QueenRadio but I won’t On Tuesday. I love you guys so much

I looked at the numbers the Carters, Kanye, Nas, etc recently did. Travis sold 200K in his first week of clothes alone. I spoke to him last night & he said he’s been selling clothes b4 the music. Billboard says they’ll change the rules cuz of this, so it should be changed now!

I put my blood sweat & tears in writing a dope album only for Travis Scott to have Kylie Jenner post a tour pass telling ppl to come see her & Stormi. lol. Im actually laughing. #Queen broke the record of being number 1 in 86 countries. Thank Jesus & thank you to my fans.