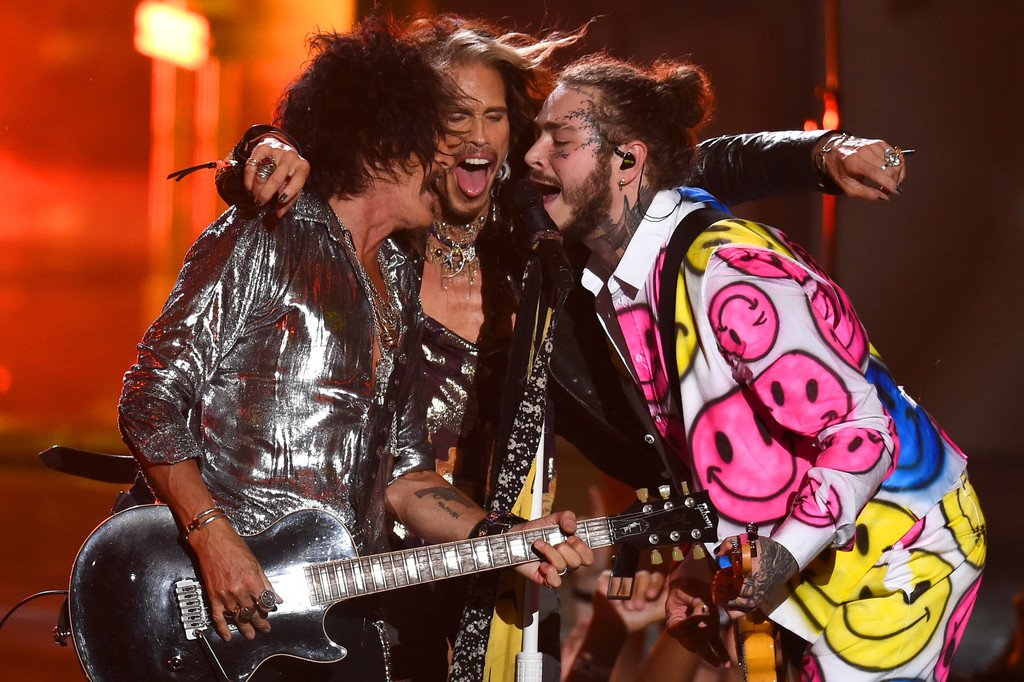 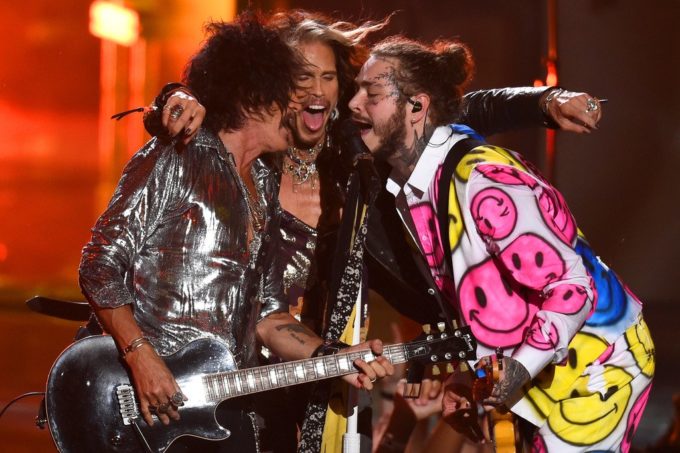 Post Malone had the honor of closing out the MTV VMAs with a surprise performance with iconic Rock band Aerosmith.

Wearing a colorful set of pajamas with blue and pink smiley faces, Post began the performance with his number hit ‘Rockstar’ where he was joined by guest 21 Savage. The singer-rapper then picked up a guitar and played along as Aerosmith performed a medley of ‘Dream On’ and 1975’s ‘Toys in the Attic’. Watch their high energy set below.