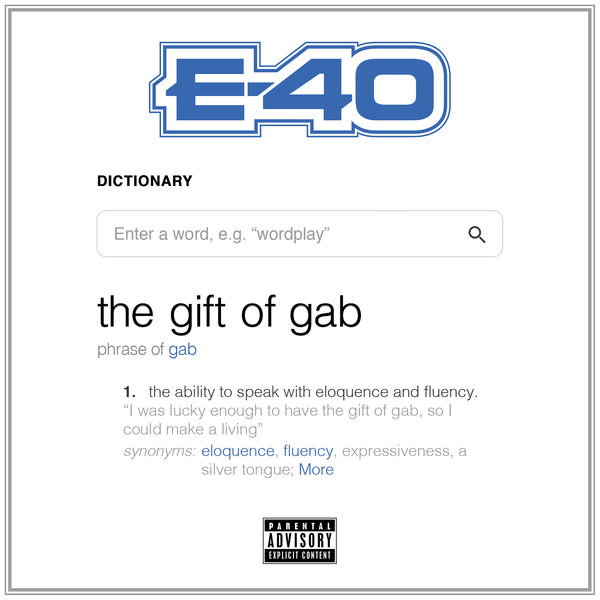 E-40 has put in three decades of work already but he’s in no mood of slowing down when it comes to releasing music.

The Bay Area legend has unveiled his new album today, titled The Gift of Gab which is his 28th studio release. The Gift Of Gab is the first LP in “The Definition” Series, also including the upcoming albums Rule of Thumb and Practice Makes Paper, each coming later this year/early next year.

The album, which is in stores now via E-40’s own Sick Wid It Records, features guest appearances from folks like Vince Staples, Ty Dolla $ign, G Perico, Kent Jones, Problem, Konshens and more. Stream it below.