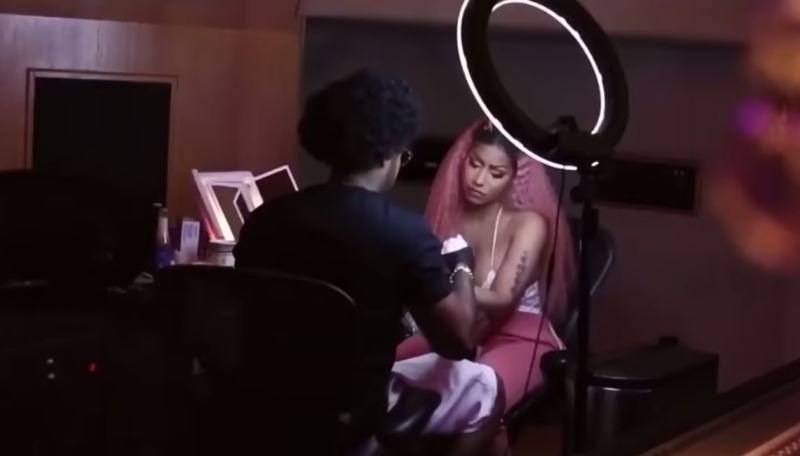 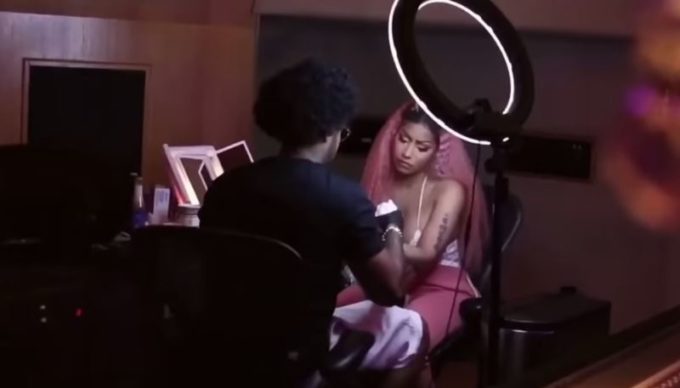 Back in June, Nicki Minaj had teased that she recently got a new tattoo done by Ryan Henry of Black Ink Crew: Chicago but who knew she will actually make a proper appearance in an episode of the reality show.

We tried a hunnit diff poses to show my new tat but ummmm… yea nah lol. I’ll post it when I get a better pic of it. @ryanhenrytattoo thank you 🙏🏽

On tonight’s episode of Black Ink Crew Chicago on VH1 (Wednesday), Ryan visits Nicki at her studio to tattoo “Barbie” on her left wrist. This is the first tattoo that the rapper has got in 12 years. On her upper left arm, Nicki has a set of Chinese characters that translates to “God is always with you.”

You can watch the clip of Nicki getting her pink colored tattoo below. Earlier today, she announced that her upcoming album Queen will arrive one week late on August 17th.