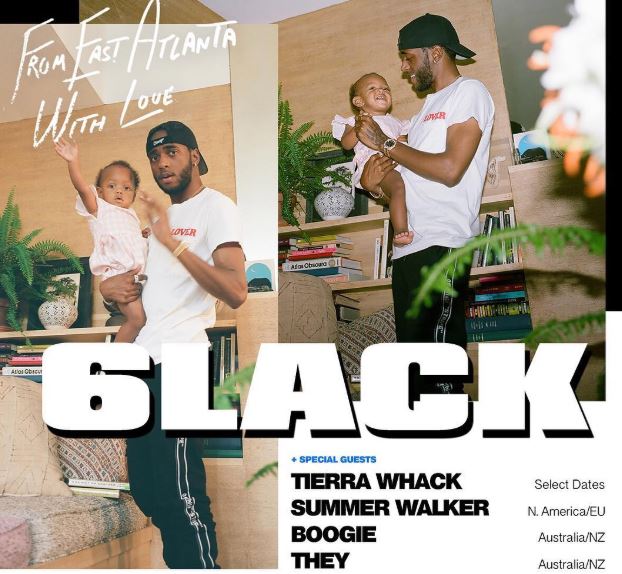 6LACK’s sophomore album East Atlanta Love Letter is getting praise from all quarters which explains why he’s set to move 50-60k copies in the first week.

The Atlanta based singer and rapper has now announced a world tour in support of the project which kicks off on Oct. 6 in Capetown, South Africa. It then travels to Australia, New Zealand, France, Germany, U.K. and Netherlands before hitting North America on Nov. 2nd. Once there, it will travel through major markets like New York, Toronto, Chicago, Seattle, L.A. and more before concluding in his hometown of Atlanta on Dec. 21st.

Tierra Whack, Summer Walker, Boogie and THEY will play supporting acts on select dates. See complete schedule below. Tickets are now available on this link. 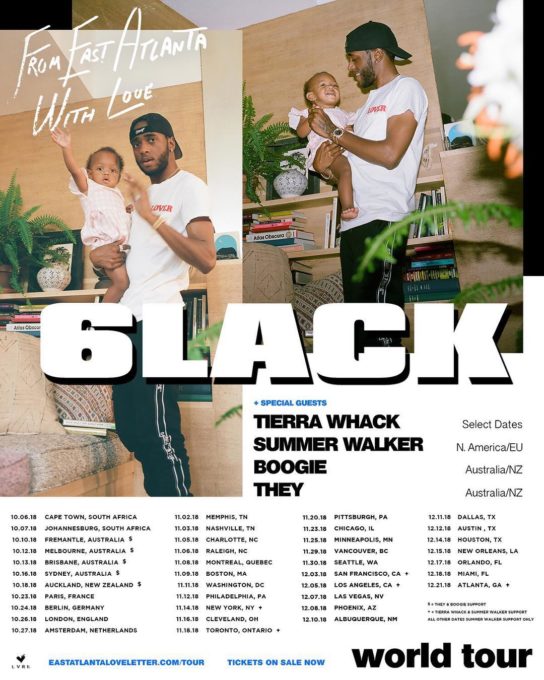