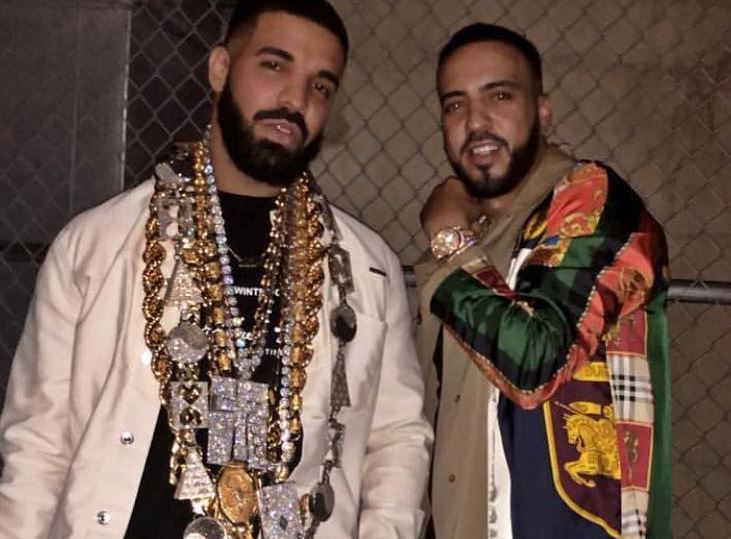 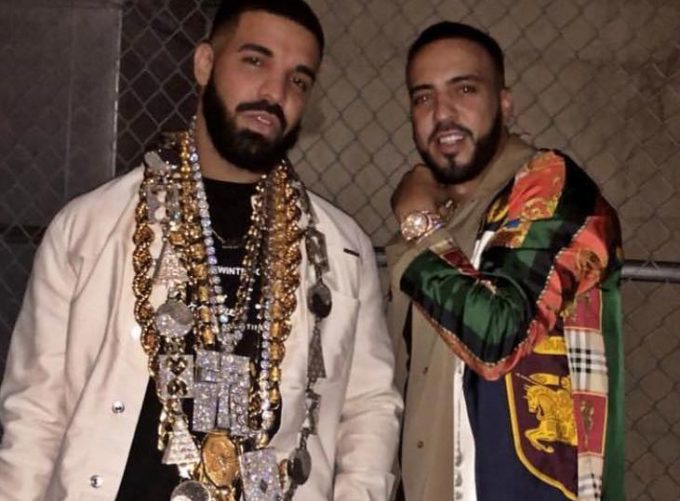 Drake and French Montana have worked with each other a few times in the past already but looks like they have another one hitting the market soon.

A couple of days ago, the two good friends were spotted shooting a new music video in Harlem for a song that we assume belongs to French. We do know that it was produced by London On Da Track. Also seen on the sets were fashion icon Dapper Dan, Harlem’s own Cam’ron and legendary rapper Slick Rick.

We have now managed to grab our hands on a snippet of the song where you can hear Drake rap: “I told her don’t wear no 350s around me” which is a shot at Kanye’s popular Yeezy 350 sneakers with Adidas. Watch it below. As we know, Drake and Kanye West have gone back and forth for the past year or so. Kanye recently ended the speculation that he gave Pusha T information about content of Drizzy’s latest album Scorpion.