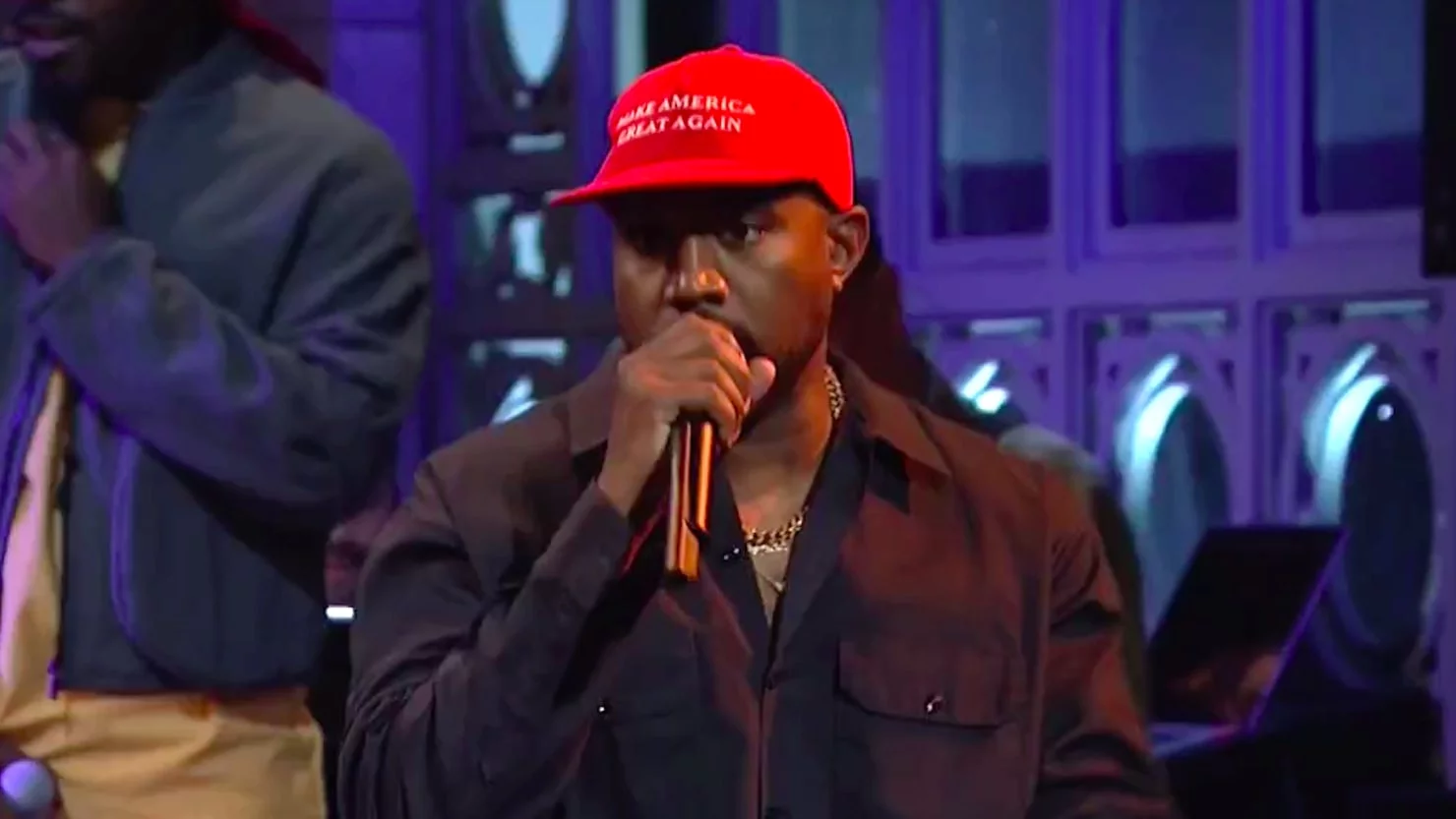 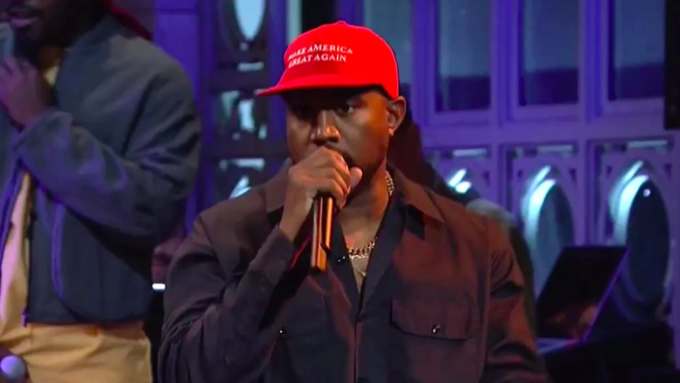 Kanye West has been rocking his red “Make America Great Again” hat at promo stops in New York City and other places all week along prior to his Saturday Night Live performance. And he made sure he stayed consistent with it during the much talked about appearance on the show.

The official Trump hat didn’t feature in his first two performances of ‘I Love It’ with Lil Pump and ‘We Got Love’ with Teyana Taylor as musical guest but during the third performance of ‘Ghost Town’ with Kid Cudi and 070 Shake, the controversial hat made a return.

Kanye then delivered a pro-Trump speech at the end of the performance which didn’t make it on air as NBC cut the stream just prior to that. But Chris Rock, who was in the audience at Studio 8H in New York City, was able to catch some of it on his Instagram. “There’s so many times I talk to, like, a white person about this and they say, ‘How could you like Trump? He’s racist.’ Well, uh, if I was concerned about racism I would’ve moved out of America a long time ago,” Kanye said. Watch it below.

#kanyewest defends #Trump & asks people to lead with love in this unaired footage from #SNL.