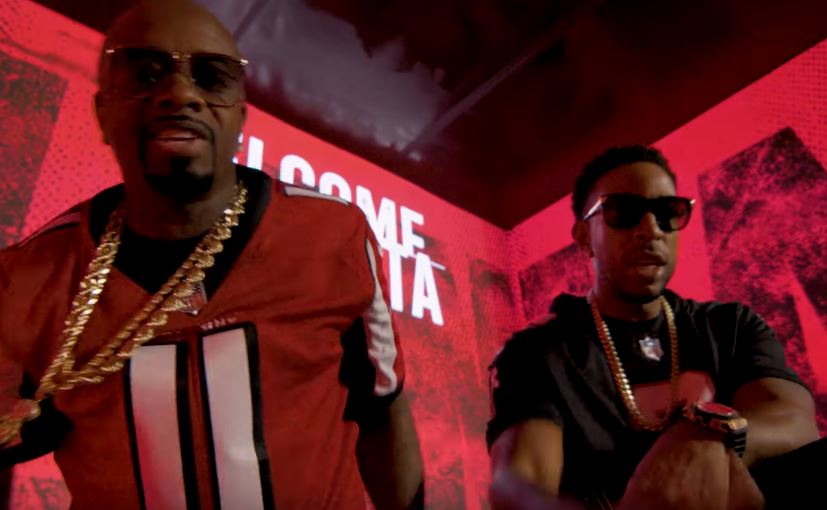 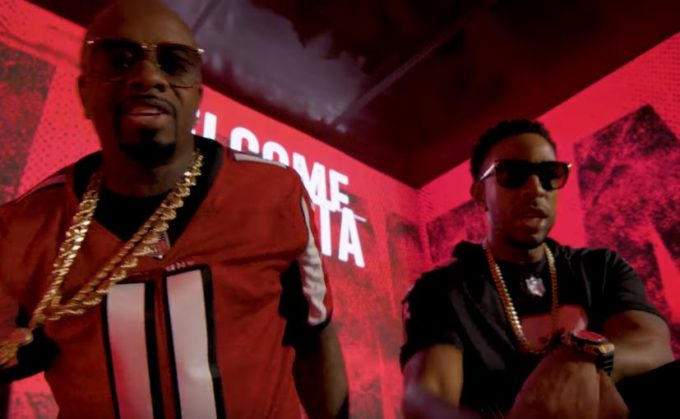 Ludacris and Jermaine Dupri put out their iconic hit ‘Welcome To Atlanta‘ back in 2002 and now they are teaming up again 16 years later for a remix dedicated to their home NFL team, the Atlanta Falcons.

Titled ‘Welcome to Atlanta – Falcons Remix’, the song uses a slightly altered version of the original beat but with all new verses. The song comes along with a music video featuring top athletes of the game from both past and present generations.

“Atlanta, and the Falcons basically go hand in hand,” Dupri said about the song. “We’ve always been a city that people tried to count out of being a city. I remember when I first started making music, there use to be these T-shirts that you could get at certain places that would say ‘London, Tokyo, Chicago and New York’ or something like that. That’s what they used to say on the front, they would never say ‘ATL.’ They would never say Atlanta. I’m like Chicago? Then I saw another one say, ‘Los Angeles, London, Chicago, New York’. Never Atlanta.”

“We are ‘this’ close,” said Ludacris. “This is our year. It’s not about how we fall, it’s about how we rise. The whole Brotherhood moniker that’s going on, I feel like everybody is really identifying with that and we feel like family and everybody is really coming together. To be able to do a Falcons version of our hit song ‘Welcome to Atlanta’ is an opportunity of a lifetime,” Ludacris continued. “Not just because we have a lasting impression and a timeless song that people identify with even coming to Atlanta, but now we have the opportunity to do the same thing for our team and the Falcons that we’ve been riding so long for. Hopefully this song can help (this team) even further in terms of motivation… giving them that extra oomph that they need to do the damn thing.”