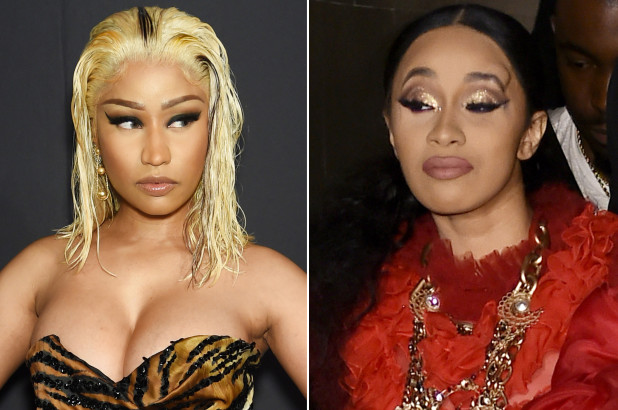 Cardi B had confirmed the alleged fight with Nicki on her Instagram and mentioned that “When you mention my child… all bets are f*cking off.” Nicki responded to the comment: “Onika Tanya Maraj has never, will never speak ill on anyone’s child. I am not a clown. That’s clown shit.”

“The other night I was part of something so mortifying and so humiliating to go through in front of a bunch upper echelon… people who have their life together. The way they passed by looking at this disgusting commotion. I was mortified. I could not believe how humiliated it all felt because we. I wanna say that I would never discuss anyone’s child. And it’s so sad for someone to pin that on me because I’m the bad guy and they’re gonna believe them. I would never talk about someone’s child or parenting. It’s so crazy to me that people always need to make Onika the bad guy. If you’re right in whatever you’re doing.just speak your truth.

The world gave you a blessing, of a beautiful bundle of joy, and the only thing on your mind after you gave birth was to attack people and to stop their bags. Let me tell you something, a woman cannot give your man p*ssy if he doesn’t stick his d*ck in there. Who are you angry at, sweetheart? And you wanna let your publicist write something about stopping bags? Do you know what it is to sit in your room for hours and days at a time writing raps? You came into my f*cking culture! I never had a DJ to play my fucking songs.

This is about, Get this woman some f*cking help. This woman is at the best stage of her career and she’s throwing bottles and shoes?… You n*ggas don’t care until somebody’s f*cking dead. This shit ain’t f*cking funny. You put your hands on certain people, you gonna die.”