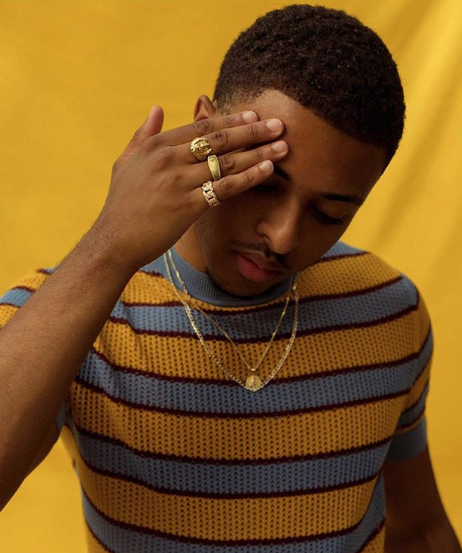 After dropping songs like ‘It is What It is’, ‘Text Me’ and ‘Anchors‘, Diggy returns today with the official announcement for his new album.

The young rapper stopped by Sway In The Morning show  yesterday and made it official that his album is titled Lighten Up and will be in stores November 9th. Above is the cover art. Executive produced by Shawn Barron and Earlly Mac, the eight track project is the follow up effort of Diggy’s debut album Unexpected Arrival released in 2012.

Along with the announcement, Diggy is also sharing a new single called ‘Goin’ which features production from Kaytranada. Diggy revealed that the track samples an old song produced by the young artist’s very own uncle, Russell Simmons and acclaimed hip hop producer Larry Smith (RUN DMC). Stream it via Spotify below or on your favorite service here.