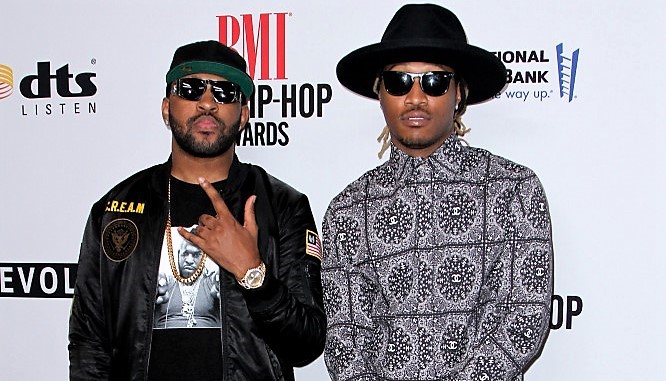 One of the previously announced joint projects that people have been looking forward to is Mike WiLL Made It and Future’s Ape Shit.

Back in 2015, the multi platinum producer mentioned that the tape was delayed purely due to timing issues. Later in 2016, he took to social media to express his frustration over a bunch of the duo’s songs leaking on to the internet without permission.

Never understood why a person would leak music, especially that's not in its entire…

And although the two have continued working together in some capacity or another, there hasn’t really been any word on when Ape Shit will arrive for the fans. But yesterday he engaged with fans on Twitter and announced that the project will be released next month. “Do @1future & @MikeWiLLMadeIt think we forgot about Ape Shit? That’s honestly all I want,” one fan wrote to which Mike WiLL replied: “No we are very clear that y’all enjoy our wave the most.” Then when another user asked when it’s going to drop, Mike WiLL replied “November.” 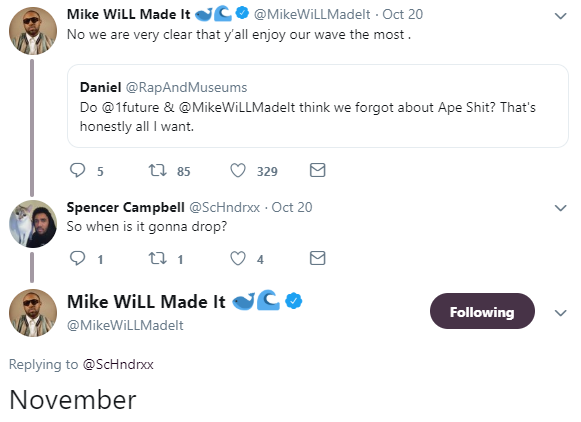 This past week, Future teamed up with Juice WRLD for a collaborative project WRLD on Drugs which is expected to move about 100k copies in the first week.