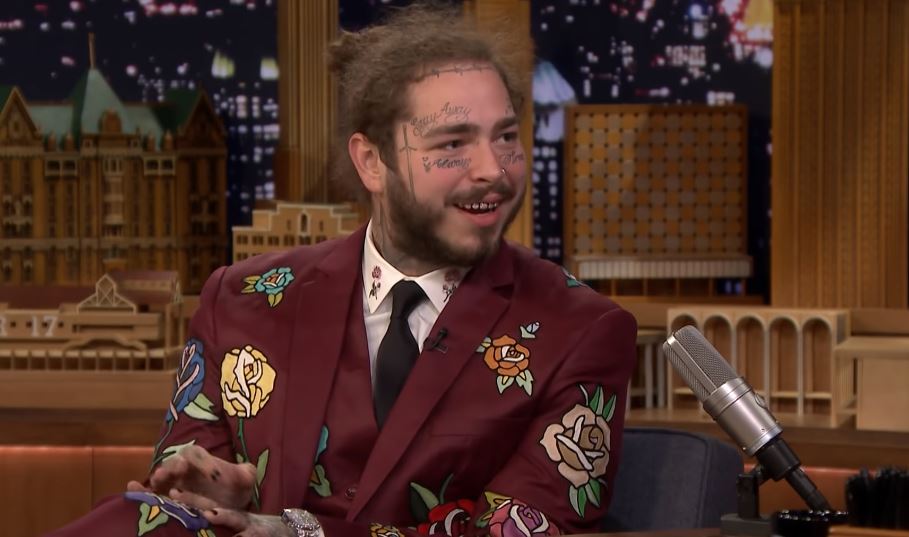 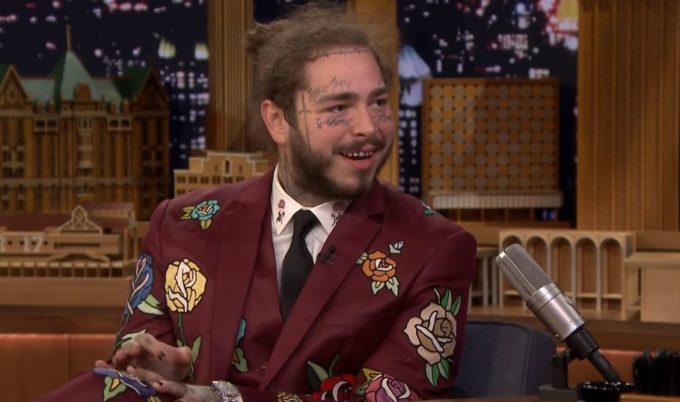 Post Malone has been one of the most successful artists in recent times and hasn’t stopped achieving the unthinkable. He recently broke Michael Jackson’s record for most weeks spent inside the Billboard Top R&B/Hip-Hop Albums chart (77) with his first album Stoney.

Post stopped by The Tonight Show starring Jimmy Fallon on Monday night where he discussed his beginnings with ‘White Iversen’, learning how to play the guitar, rise to stardom following that, his multiple tattoos and more. The rapper/singer also previewed a new song that will appear on the upcoming soundtrack to the animated film Spider-Man: Into the Spider-Verse.

Only 10 seconds of the song called ‘Sunflower’ were played but it sounds like another hit from Post Malone. Watch it below.