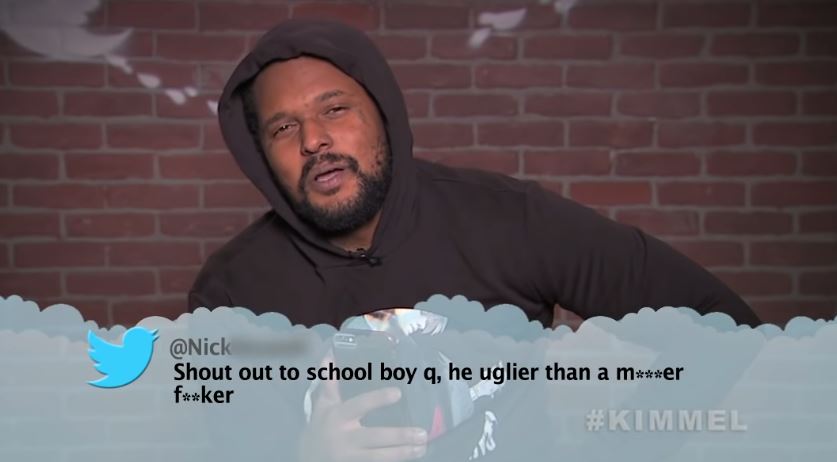 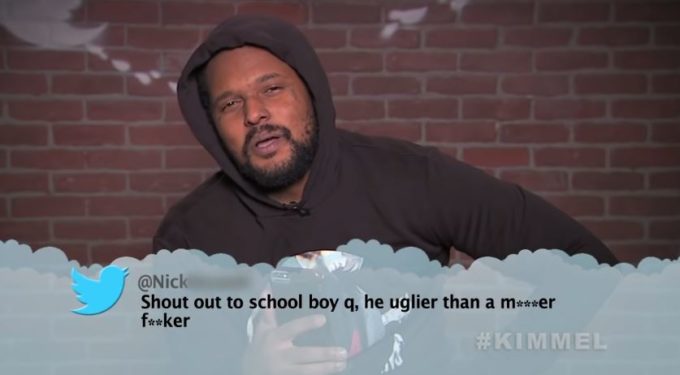 It is time for yet another edition of Mean Tweets from Jimmy Kimmel.

The television host presented a special American Music Awards edition of his recurring segment last night during the award ceremony which is out now online. ScHoolboy Q, G-Eazy and Tyga were some of the Hip-Hop artists featured in the video, all three reading out funny and mean tweets about themselves from online users and then responding to them.

Some of the other artists in the 5th installment of the music edition include Miley Cyrus, Gwen Stefani, Elvis Costello, Halsey, The Chainsmokers, Dua Lipa and Nickelback. Watch it below. The previous edition featured 50 Cent, Logic, Lil Wayne and Big Sean.