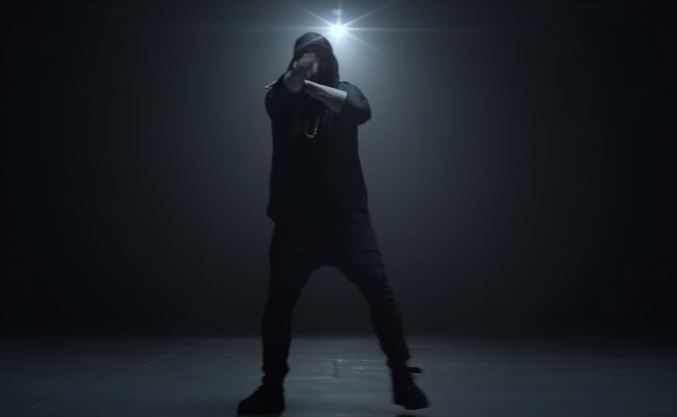 After teasing it yesterday, Eminem has released the official video for his song ‘Venom’, taken from the soundtrack to the Marvel film of the same name. It also appeared as the last song on his number 1 album Kamikaze.

Although Venom debuted in cinemas yesterday to a negative reaction from critics and viewers, the same can not be said about this song. The crazy video starts where Em’s ‘Fall’ video ended with a guy discovering the cracked Revival CD case on the floor. A mysterious transformation begins and the energy keeps transferring from one person to another. Watch the insane clip below.