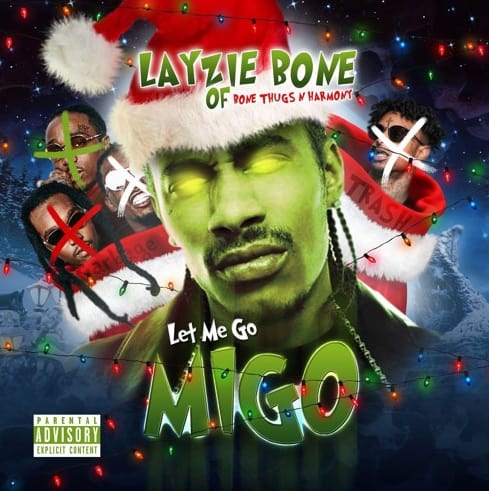 When Migos claimed in XXL’s Winter issue that they were the biggest group in the world, Layzie Bone was one of the people who did not take that kindly.

The Bone Thugs-N-Harmony veteran went back and forth with Offset on Instagram over the claim. “These lil n****z got the rap game fucked up,” he said in one of the comments on social media. Commenting on a picture of a garbage truck, Offset replied, “Let’s have a bankroll challenge.” Layzie was not impressed and replied, “That’s what’s wrong with y’all n****z, y’all think money equal respect IT DOESN’T this is a SKILLS CHALLENGE me against you and my group against yours. Best group ever challenge. Get yow bars up youngin’.”

But now it looks like Layzie wants actual smoke. He has dropped a diss song aimed at the Atlanta trio of Offset, Quavo and Takeoff. “N*ggas is fly as flamingos, but will never fly as far as wings go / This is why you won’t Takeoff, they say Quavo is your boss, and Offset you just look lost /
Get out the way and let me go,” he raps on the track which you can listen below. Will Migos respond to this?