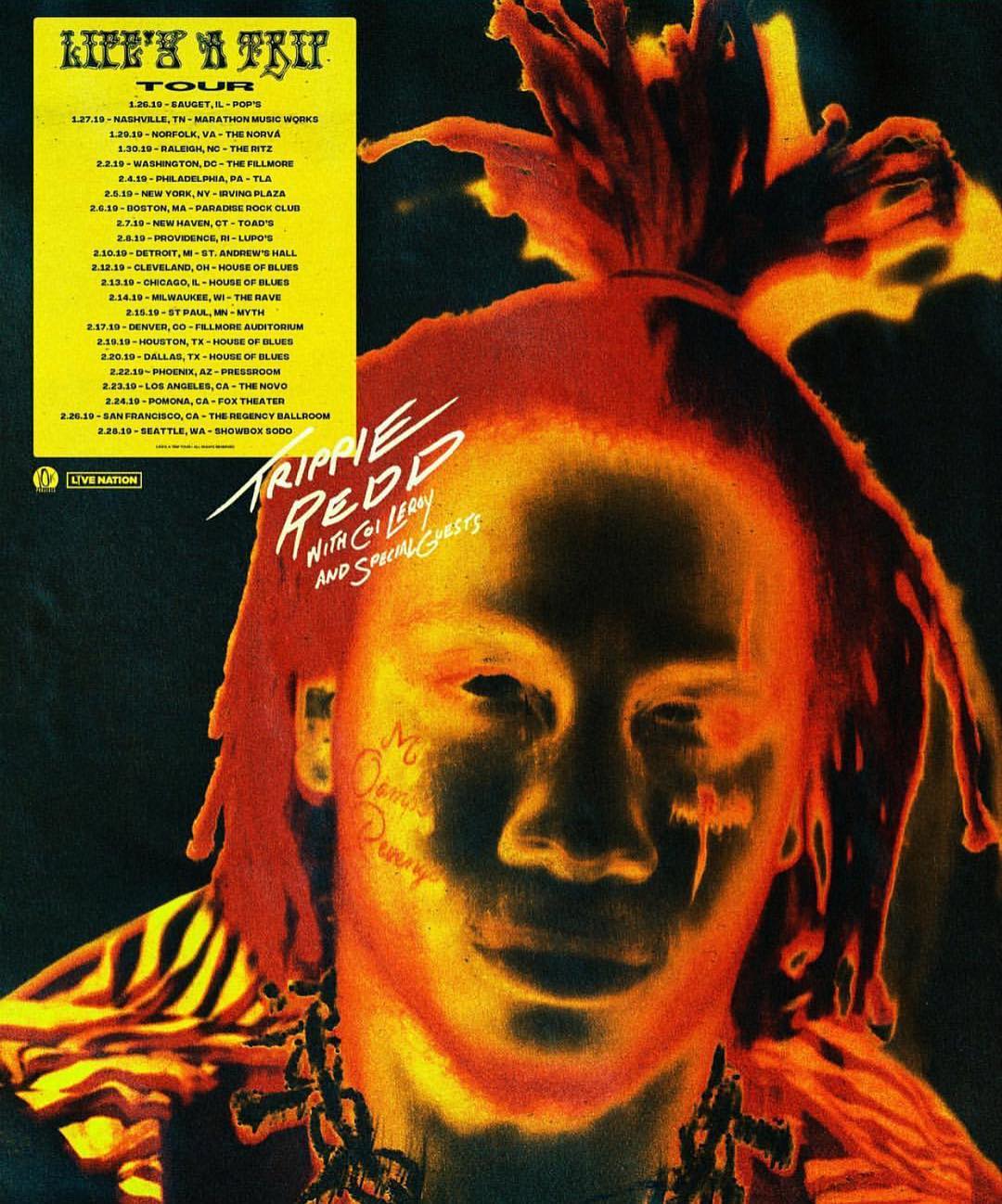 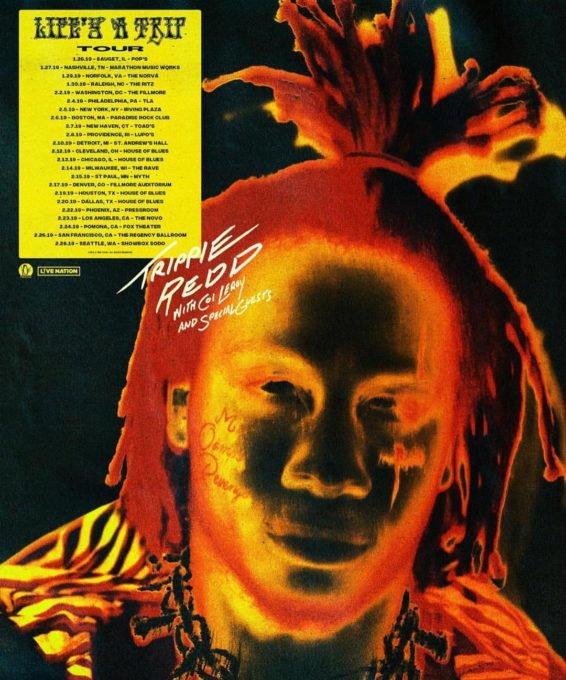 Trippie Redd released A Love Letter To You 3 about a month ago and scored the #3 position on the charts with it which was great for him. The LP can be streamed here. Naturally, the rapper has announced that he’ll be going on a headlining tour at the top of 2019.

It will kick off on January 26th and end on February 28th in Seattle. The full list of dates can be viewed above and if you’d like to go, tickets can be purchased here.