Chris Brown Arrested in Paris on Allegations of Rape 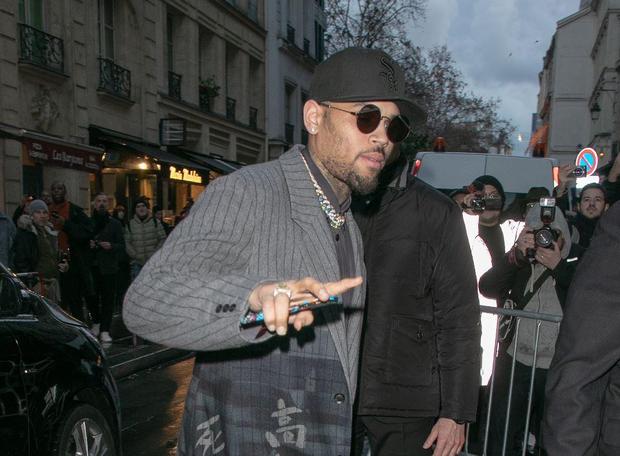 Chris Brown has landed in legal trouble again after he was detained in Paris on Tuesday on allegations of rape.

Police sources told The Associated Press and Reuters that the singer was arrested with two other people and remained in custody in Paris after a woman filed a rape complaint. There are also other charges of drug infractions. Investigators have two days to decide whether to let him go or file preliminary charges on the complaint. One of the other persons detained is Chris’ bodyguard.

The singer has been spotted over the last week in the French city attending events around Paris Fashion Week. His publicists at Sony Music did not immediately comment on the story.

UPDATE: Chris Brown reacts to the allegations. “I WANNA MAKE IT PERFECTLY CLEAR… THIS IS FALSE AND A WHOLE LOT OF CAP! NNNNNNNNEEEEEEEEEEVVVVVVVVVVEEEEEERRRRRR!!!!!! FOR MY DAUGHTER AND MY FAMILY THIS IS SO DISPRESPECTFUL AND IS AGAINST MY CHARACTER AND MORALS!!!!!

UPDATE 2: Chris Brown has been released without charge in Paris after being questioned on suspicion of rape. However, an investigation into the alleged incident is continuing, the Paris prosecutor’s office said.