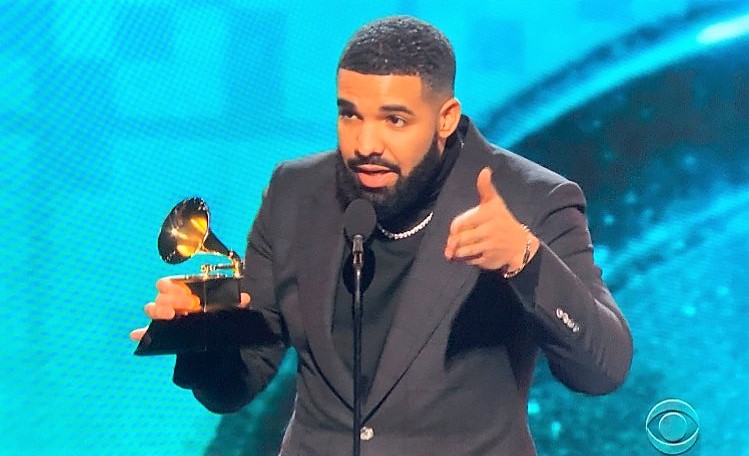 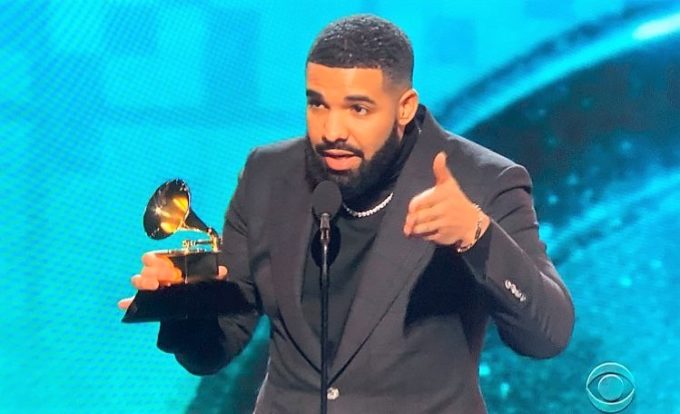 Drake’s massive song ‘God’s Plan’ won the GRAMMY for “Best Rap Song” at the award show on Sunday night and to everybody’s surprise he was in the building to accept it.

Drizzy beat out songs by Travis Scott (‘SICKO MODE’ which also features Drake), Jay Rock (‘King’s Dead’ and ‘WIN’), and Eminem (‘Lucky You’) to win the prestigious award but as he was finishing his speech, the show cut him off to a commercial.

During his acceptance speech, Drake said proudly, “we play in an opinion-based sport, not a factual-based sport.” He continued, “The point is, you’ve already won if you have people who are singing your songs word for word, if you’re a hero in your hometown. Look, if there’s people who have regular jobs who are coming out in the rain and snow, spending money to buy tickets to your shows, you don’t need this right here. You already won.”

At that point, Drake’s mic was cut off and the show went to a commercial without the audience getting to hear his entire speech. Watch it below.

#Drake showed up to the #GRAMMYs stage to accept his award for Best Rap Song (God’s Plan). He tried to devalue the awards and they cut him to a commercial 👀 full story in bio link.