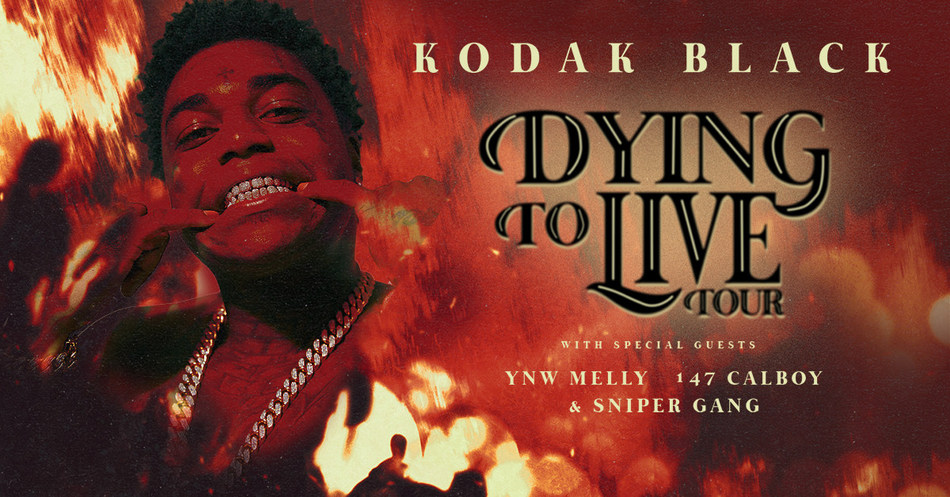 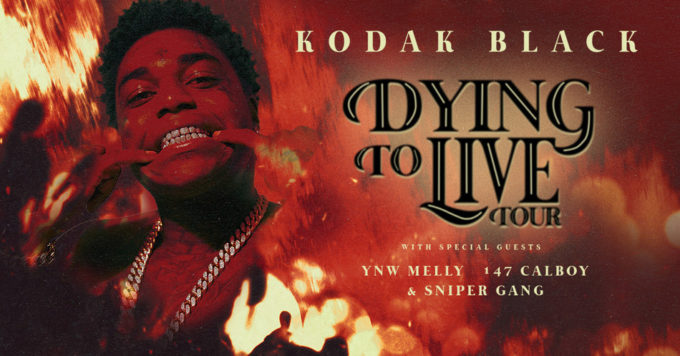 Kodak Black is heading out on his North American headlining tour.

The Dying To Live Tour, which is produced by Live Nation, kicks off March 14th at the Mahalia Jackson Theater in New Orleans, LA and will travel through 32 cities across North America including major markets like Los Angeles, Houston, Atlanta, Philadelphia, New York and more, before wrapping May 5th at Denver’s Fillmore Auditorium. Check out the full schedule below.

Upcoming artists YNW Melly, 147 Calboy and his Sniper Gang members will be the supporting acts on the trek. Tickets go sale to the general public beginning Friday, February 15th at 12pm local time at his official website. 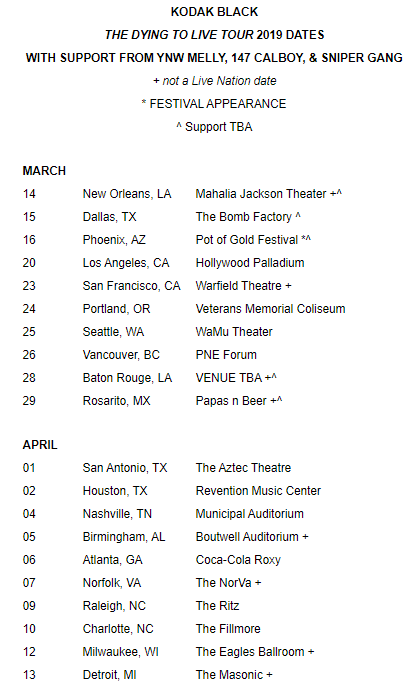 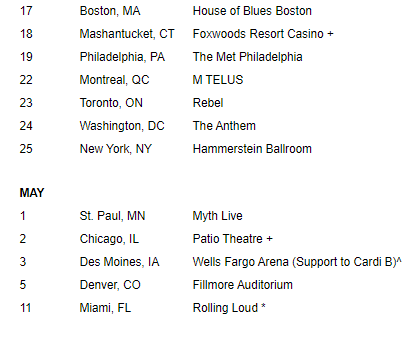