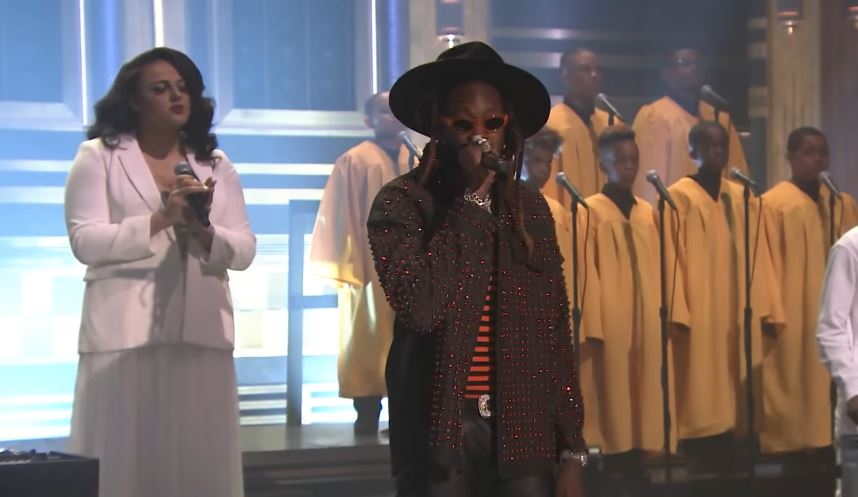 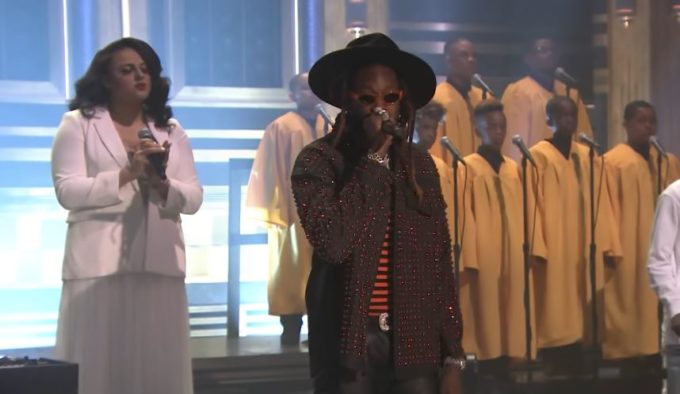 Later in the night, the rapper appeared on The Tonight Show starring Jimmy Fallon to perform the album intro ‘Forgiven’ with some help from the song’s guest Marsha Ambrosius. Backed by a children’s choir, as well as a band featuring different instrumentalists, the two artists delivered a serious set on the show.

“As a parent, it’s apparent, ain’t no parents/ Seeing stops once we leave the carriage/ Cold of the streets react with the heat to create balance/ One of the biggest revenge is prayer,” raps Tity Boi on the introspective song. Watch it below.