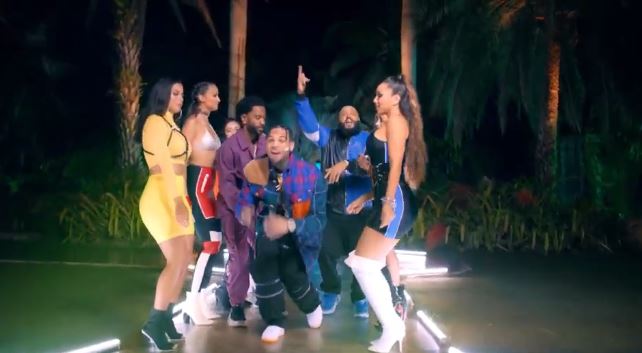 In case you missed it, DJ Khaled has already released three music videos today for songs from his brand new album Father Of Asahd – ‘Higher‘ with Nipsey Hussle and John Legend, ‘Celebrate‘ with Travis Scott and Post Malone and ‘Just Us‘ with SZA. And he’s still nowhere near done.

Now, Khaled puts out the video for Chris Brown, Big Sean and Lil Wayne collaboration ‘Jealous’. It features a cameo from J-Lo too. This is the same lineup from ‘How Many Times‘ a few years ago so it’s nice to see them all link back up. Check out the video below and check back at the site at 7PM EST when Khaled will release his final video of the day for the album’s intro ‘Holy Mountain’.