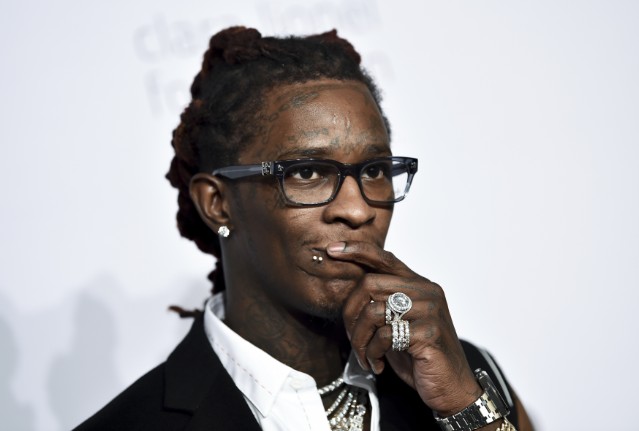 By now, it’s a known fact that Young Thug records a lot of music as he’s mostly a freestyler in the studio who doesn’t write much of his lyrics. It’s also known that a lot of songs from the rapper-singer end up online from unknown sources from time to time.

Over the past two days, more than 30 tracks from the Atlanta crooner have made it out on the world wide web. These songs include collaborations with Future (‘Red Carpet’, ‘Just Because’, Lined Up’, ‘Neglected’, ‘600 Days No Sleep’), Big Sean (‘Bagets’), Offset (‘Ice’), Fetty Wap (‘I Adore You’), Gunna & Trae Tha Truth (‘Fly Like a Pelican’) and other artists. About half of the batch are solo cuts.

As usual, it’s not entirely clear how these songs ended up online and this isn’t the first time that it happened to a bulk of them. In 2015, nearly 100 tunes from him and Rich Homie Quan — both finished and unfinished, leaked online. Last July, Thugger was the victim again for 9 songs hitting the internet at once.