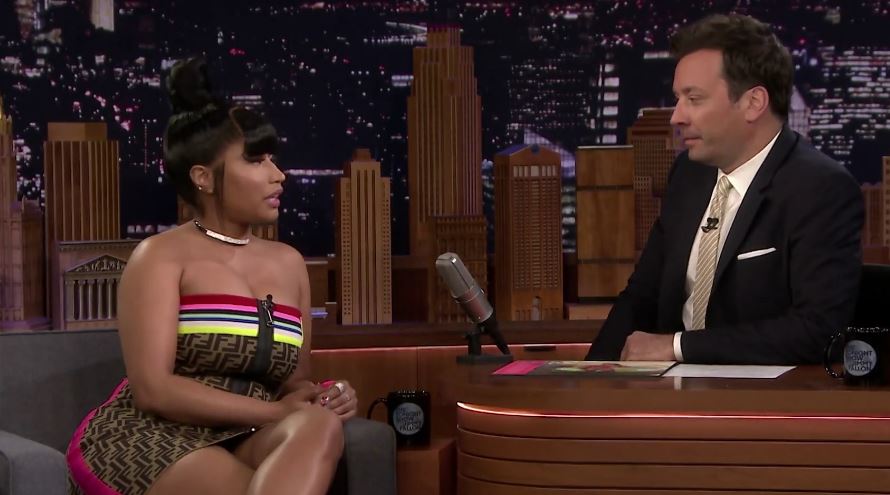 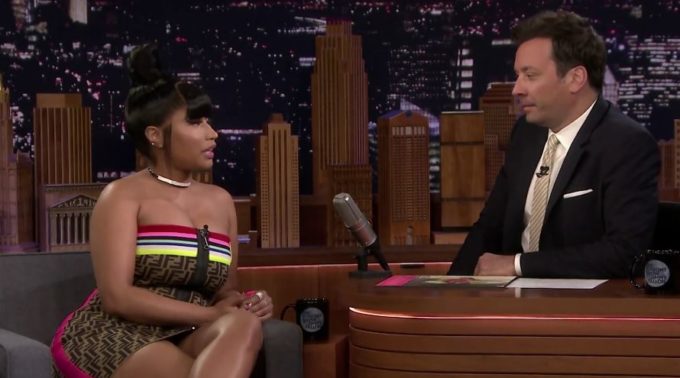 Nicki Minaj is doing a little press run for her new single ‘Megatron‘ which has done quite well so far on radio and streaming services. But is there a new album on the way?

The Queens, New York rapper stopped by The Tonight Show starring Jimmy Fallon on Thursday and chatted about the new Dancehall-inspired song. She also confirmed that there’s a new album on the way and has a title and release date for it already but wasn’t ready to share it just yet. “There’s a new album. I’m not putting out the date but there is one,” she said. Watch the clip below.

Nicki also played the “Wheel of Freestyle” game with the host where she was thrown some random words and had to come up with a freestyle on the spot. The show’s house band, The Roots provided the beat of course.

Nicki and Fallon did another segment where they went to a Red Lobster and served the customers: