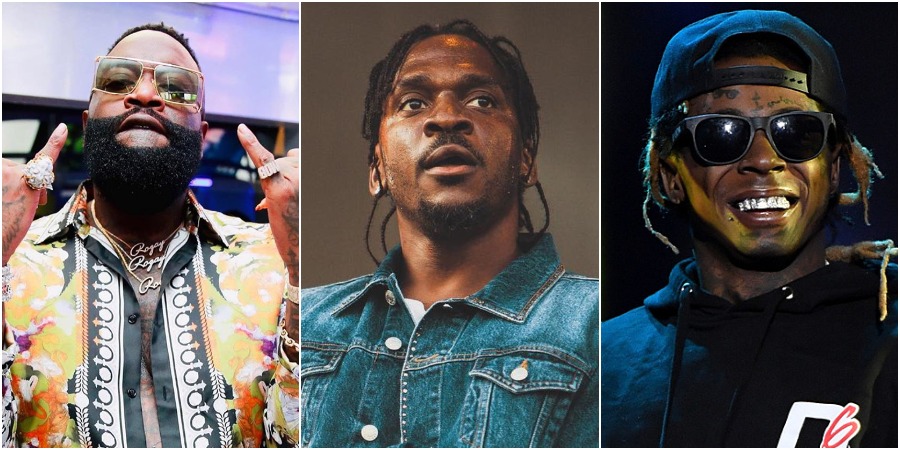 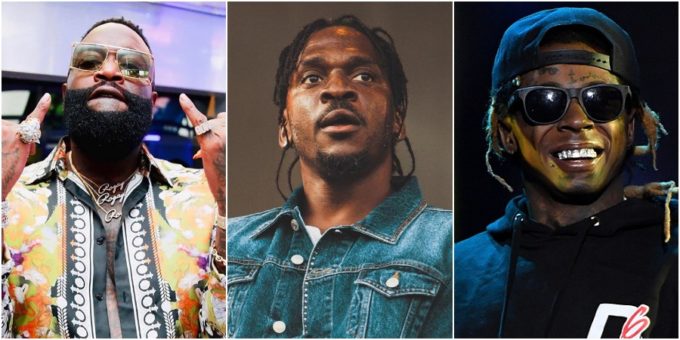 Rick Ross is set to release his new album Port of Miami 2 on August 9th and it looks like he’s trying make a huge statement with the type of guest appearances on it.

According to TV writer and producer Bonsu Thompson who attended the album listening session on Monday, the album features 6th installment of Ross’ celebrated song series ‘Maybach Music’ and this time, it features Lil Wayne and Pusha T. This is a significant development because as we know, Weezy and Pusha have been feuding for years, dating back to as far as 2006 during Clipse’s prime years.

The beef between the two started when Lil Wayne wore popular street wear BAPE on a cover of Vibe magazine. The Virginia duo wasn’t too fond of Wayne wearing the brand as they believed it had shot to popularity because of them at the time. On the song ‘Mr. Me Too’, Malice rapped, “Wanna know the time? Better clock us/ Ni**as bite the style from the shoes to the watches.” In an interview later, Weezy reacted to it with the following words: “You talking to the best. Talk to me like you’re talking to the best. I don’t see no f*ckin’ Clipse. Come on man.”

Of course, the beef then spilled over to the much documented Drake vs. Pusha T a few years ago. Thompson also revealed in the tweet that Drake is featured on Port of Miami 2 as well, on the song ‘Gold Roses’. The two recently collaborated on Drizzy’s current single ‘Money in The Grave‘.