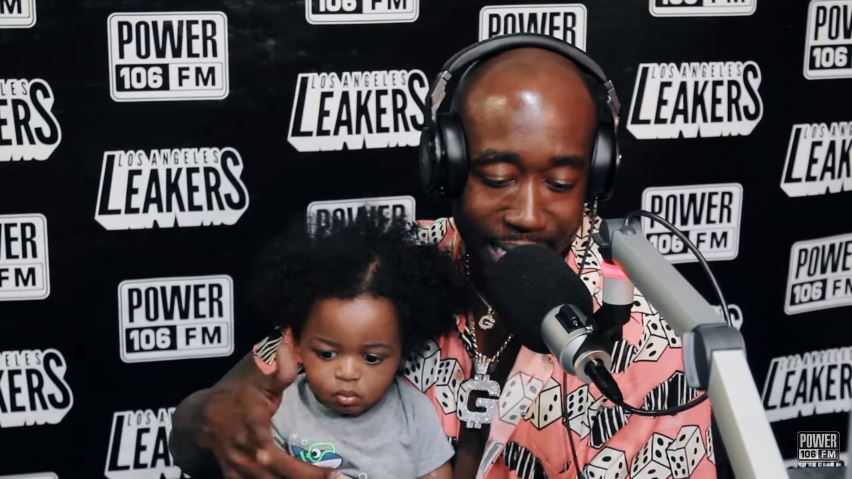 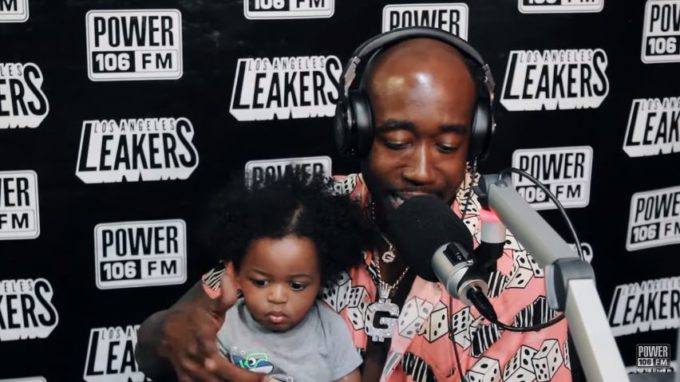 Freddie Gibbs has been the talk of Hip-Hop ever since he released Bandana with Madlib a month ago. Shortly after the release of the LP, he freestyled over Drake and Ross’ ‘Money In The Grave‘ at Real 92.3 and it went viral because fans loved it so much.

This time around, he drops some bars over at Power 106 with the L.A. Leakers. He freestyled over Dom Kennedy’s ‘My Type Of Party’ and killed it with his son in his lap. Is he the best rapper alive right now like he claimed on social media the other day? Check it out below.