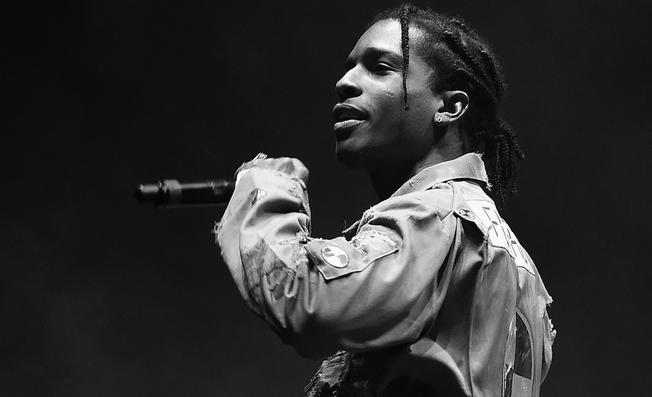 A$AP Rocky was released from jail earlier this month, after being held in Sweden for about 5 weeks. He was allowed to go home in the interim while he awaits his verdict in the much publicized assault case, to be pronounced on Aug. 14th.

Last night, the rapper took the stage at Real 92.3’s inaugural Real Street Festival in Anaheim, CA for the first time since his release, where he brought out special guest Tyler, The Creator. In the middle of his set, he thanked his fans for their relentless prayers throughout the ordeal. “I just want to say, what I experienced it’s crazy. I’m so happy to be here y’all don’t even understand. That was a scary humbling experience god is good,” the New York rapper said to the crowd.

At his very first show at REAL Street Fest in Anaheim, #ASAPRocky thanked fans for praying for him while he was locked up in Sweden. He also thanked the Hip-Hop community for supporting 🙏🏽 (🎥: @jcruzshow)

“People that I don’t even f**king know was reaching out. Hip-Hop never felt so strong together,” he continued, thanking the community for their support. Watch the footage above. Over the weekend, Murda Beatz debuted a new ASAP Rocky and Offset collaboration during a set.