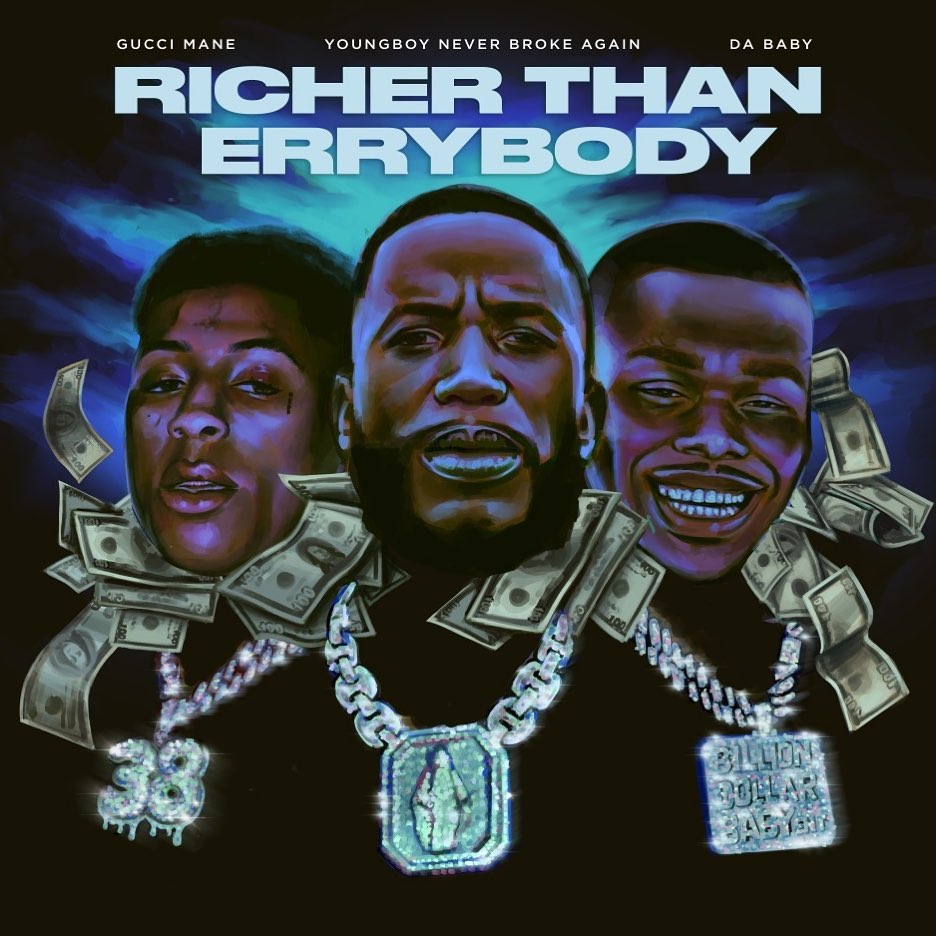 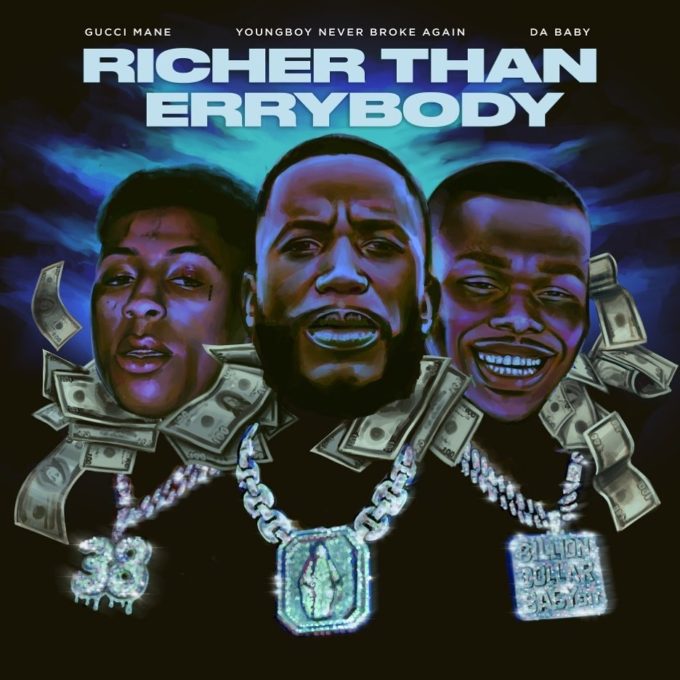 Gucci Mane is known to be an artist who likes to record a lot of music and unlike some, he actually releases a lot of it too.

The Atlanta veteran returns today with with a new single ‘Richer Than Errybody’ where he’s teaming up with DaBaby and NBA YoungBoy. DaBaby is everywhere at the moment and why not. He’s got the buzz right now and it’s only right that he capitalizes it to the max. Listen to the street song below.

It is not confirmed if this is a single off Gucci’s upcoming album. He released his last album Delusions Of Grandeur in June featuring guest appearances from Wiz Khalifa, Rick Ross, Lil Uzi Vert, A Boogie Wit Da Hoodie, Anuel Aa, Jeremih, DJ Drama, Peewee Longway, Young Dolph and more.