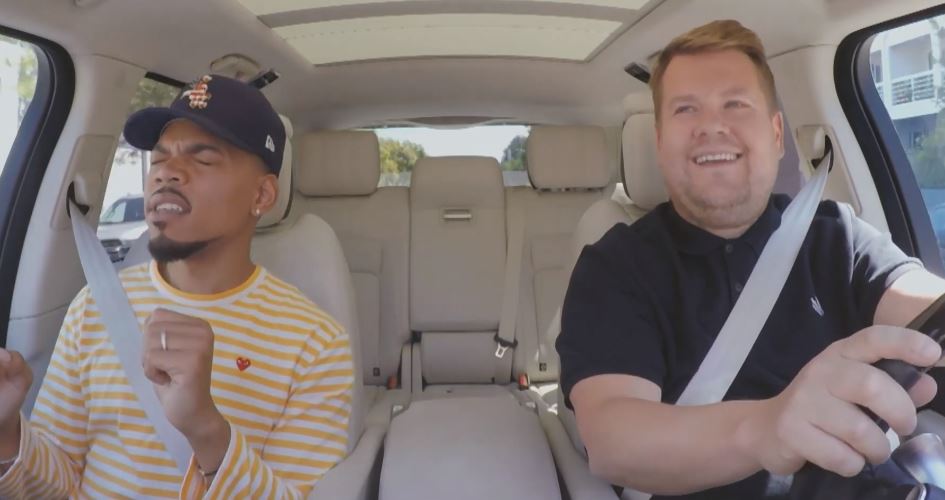 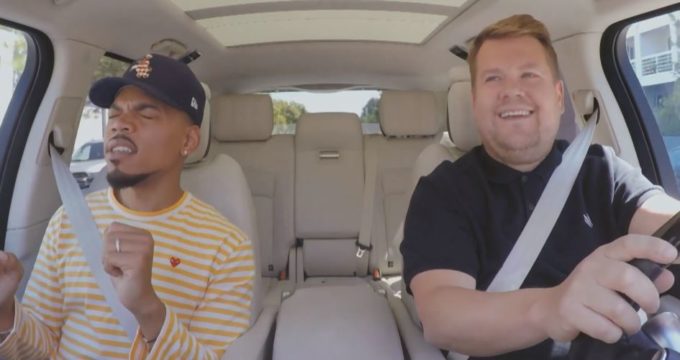 Chance The Rapper is the latest artist to take part in Carpool Karaoke hosted by James Corden.

The 26-year-old rapper, born Chancelor Bennett, joined the host on a drive in Los Angeles for The Late Late Show with James Corden segment. The video started with the two rapping along to Chance’s song ‘All Day Long‘ featuring John Legen (off The Big Day album) followed by his hit ‘No Problem’.

Chance the Rapper then explained to Corden how president Barack Obama and Jay Z are alike in the sense that you have to call their assistants to be able to speak with them. Chance interned for Obama in 2008 where his friendship with the former President began. “I don’t have a number for him, but I have a number for him,” the rapper said of Obama. “I have a person that I can call that will say, ‘Okay, I’ll have him call you.'”

Chance further talked about his relationship with Kanye West. “Kanye is definitely the kind of dude [where] you meet up with him to do one thing, and then he’ll be like, ‘Oh, I got to go to Milan right now, let’s get on this jet!’ And you gotta make a decision right there, like, ‘Am I going to follow Kanye to Milan, or am I going to go on this date I have planned?'”

Chance and Corden also performed the songs ‘Cross Me’, ‘Hot Shower’ featuring Da Baby and ‘All Night’, and played a game where Chance had to guess the name of vegetables while blindfolded. Watch the full episode above.