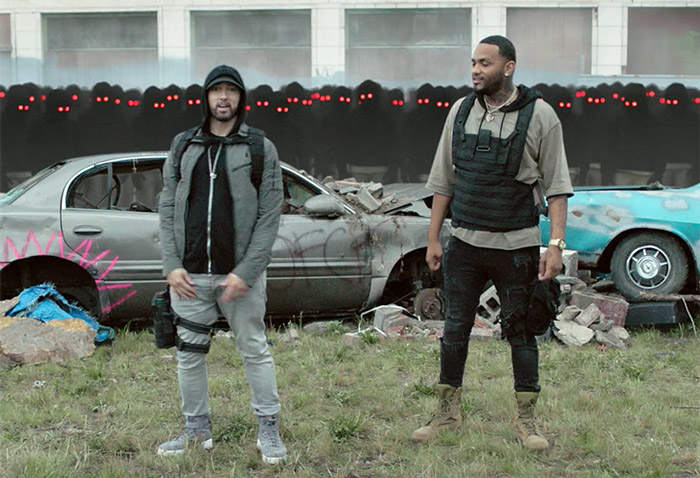 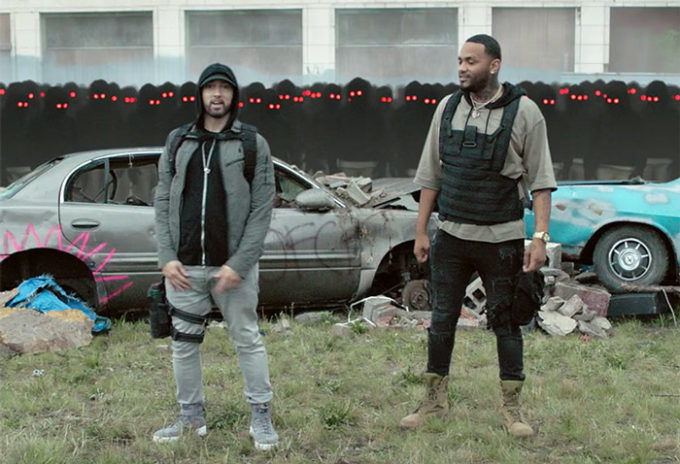 UPDATE: The full song is now here (listen on this link) and it actually has Eminem at his storytelling best.

It’s clear that Eminem has a lot of respect and admiration for Joyner Lucas. The two worked together on ‘Lucky You‘ from Em’s Kamikaze album and on the intro track from the same project, Em shouted him out amongst the likes of Kendrick Lamar, J. Cole and Big Sean.

A year ago, Joyner revealed that Em was featured on his ADHD album but currently there’s still no release date for it, despite him putting out the title track last month. However tonight, a 13 second snippet of what was likely that collaboration has surfaced online.

Listen to the snippet below. This past Friday, Eminem finally responded to Lord Jamar with some disrespectful jibes during a concert in Abu Dhabi.