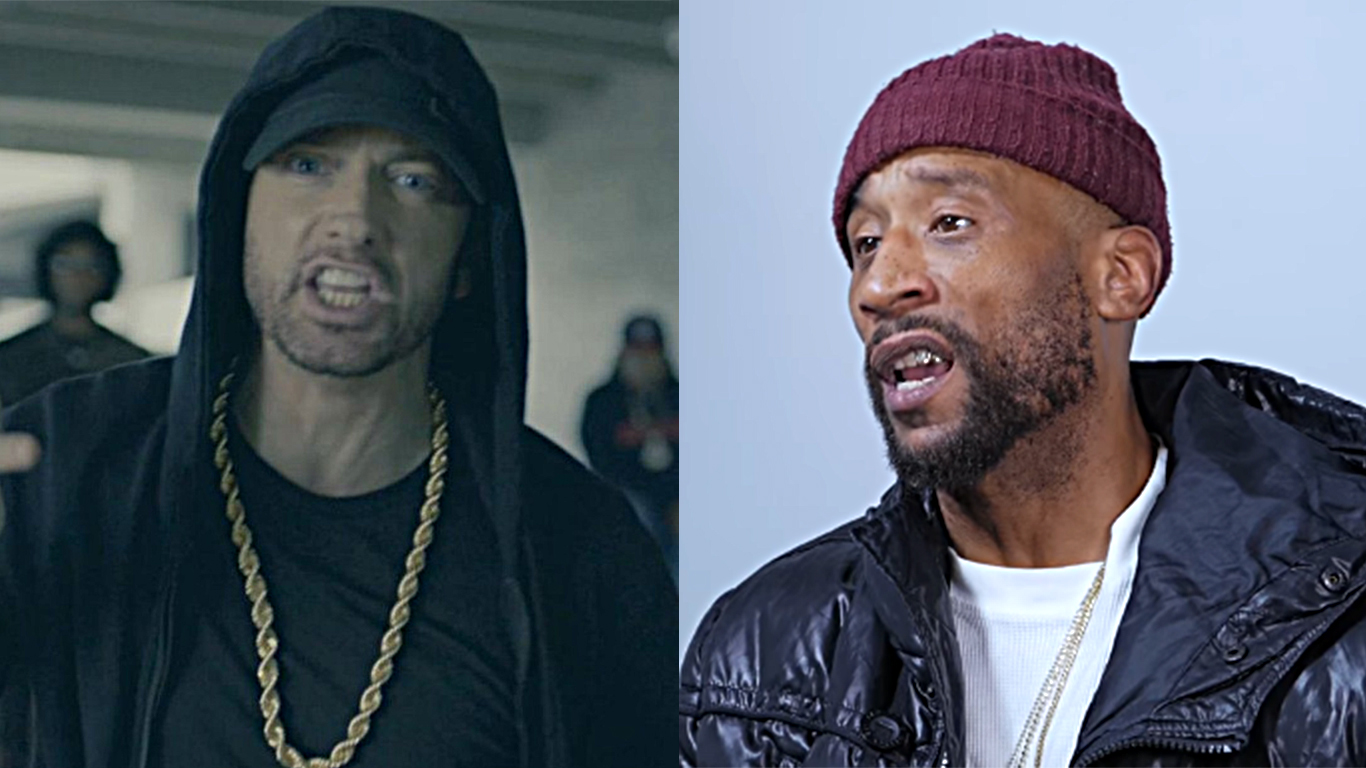 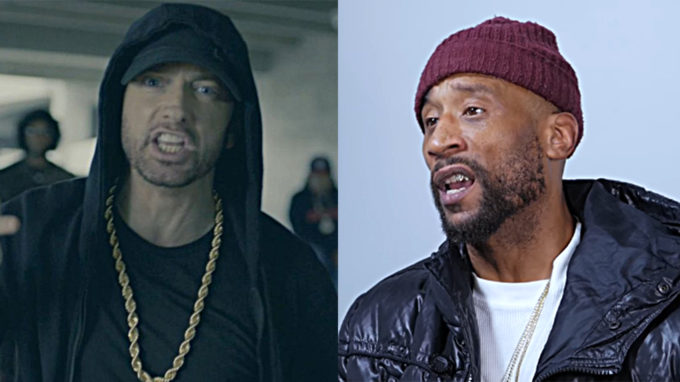 After all the mocking that Lord Jamar did towards Eminem, the superstar rapper finally responded to him during a concert in Abu Dhabi on Friday.

Performing at the du Arena in the UAE capital, Eminem took a few seconds break during the set and sent some words back at his critic. Eminem was on the stage with his go-to man and producer, Mr. Porter when this happened:

Watch the footage above. In case you aren’t aware, Lord Jamar has continued to insult Eminem in nearly every interview he does, most specifically the ones with VladTV. Jamar claims no one listens to Eminem “in the hood” and that the Shady Records emcee is a guest in the house of Hip-Hop. Em’s good friend Royce has defended Em and went on a 10 minute talk on his Instagram a couple of months ago to address the situation.

When Eminem sent this cryptic tweet in August, many fans speculated if it was a response to Lord Jamar. But Em finally made it a point to respond to him during his Friday night sold out show.

People think they want this problem 'til they get it.