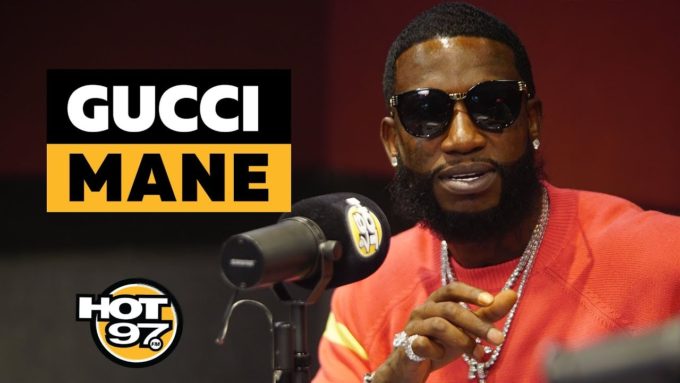 Right after dropping his highly-anticipated project Woptober II and now in campaign mode, the new face of Gucci hits up Ebro and the gang at Hot 97 to discuss his new project, new life and his involvement with Gucci during a controversial time.

Throughout the interview, Gucci shares his longtime history with the luxury brand that goes all the way back to the beginning of his career. He reveals that originally, the designer brand sent Gucci Mane over 100 cease-and-desist over his name. Safe to say things are looking up now.

Along with fashion, Gucci talks about his jail stints, discovering talent, Mac Miller, Nipsey Hussle and legendary status. To date, Gucci Mane (2005-) has released over 101 projects.

Watch the complete interview below.