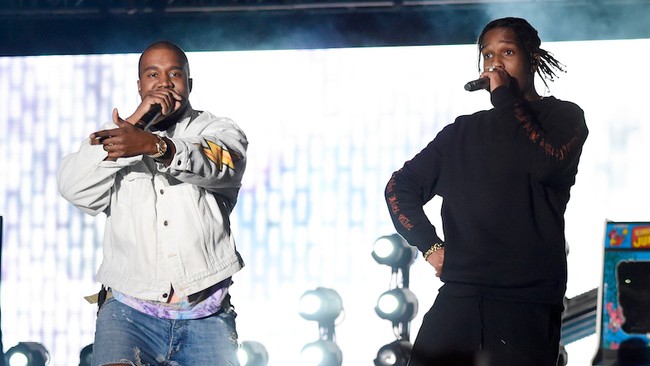 Kanye West continues to be one of the biggest victims in recent times when it comes to music leaks. The general public is still confused as to how and why this is happening but today, another two songs from him have hit the internet.

The first one from the batch is titled ‘Simulation Baptize’ which features an appearance from his good friend ASAP Rocky along with Pardison Fortaine, who has also worked with ‘Ye in the past. Pardi is a popular writer, best known for his contribution to Cardi B’s breakout hit ‘Bodak Yellow’.

If you remember, Kanye had tweeted last August about how he was eager to release his unreleased collaborations with Rocky to the public. The second song on the pack is ‘Last Name’ featuring assistance from Kanye’s go-to man these days, Ant Clemons. This particular track also surfaced previously with the name ‘Slave Name’ with slightly different lyrics and arrangement. It was first previewed by Kanye at The Fader’s offices.

This is the last instance of Kanye’s music surfacing online. Over the weekend, two songs titled ‘All Dreams Real’ and ‘Selah’ leaked on to the internet.