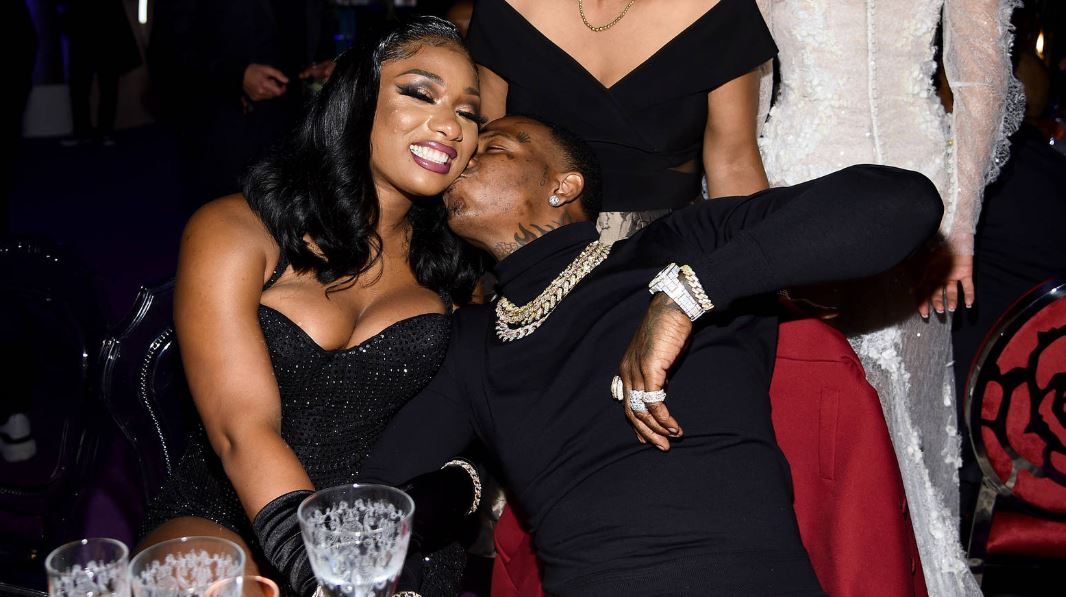 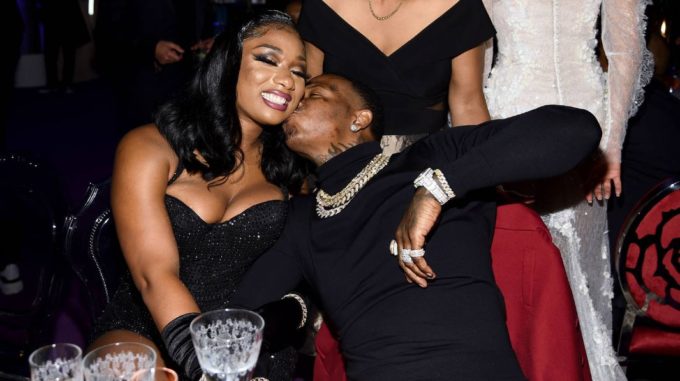 After announcing it yesterday, Moneybagg Yo and Megan Thee Stallion have joined forces on a brand new song ‘All Dat’. The artwork features the rapper showing off his icy jewelry, including a grill that’s custom-made to say “Thee Stallion” in pink.

The romantic couple offer a sexually explicit experience on the new single that’s straight influenced from the Three 6 Mafia sound. ‘All Dat’ is set to appear on Moneybagg Yo’s forthcoming new album that is set to debut in the next few months. “When she open and I’m open, of course. You know what I’m saying? We both busy, but we make sure we get that time in,” Moneybagg said about the collaboration to Zane Lowe on Beats 1.

“It was just one of them days. We was in LA. We went to the studio, went to, I think it was a Record Plant, Record Planet or something, went in there and the chemistry was already there. She like my best friend at the same time. I love her grind. I love her work ethic. I love how she keeps pushing. You know what I’m saying? I respect her whole hustle,” he continued.

He revealed that so far, he’s got collaborations with DaBaby, Lil Baby and Yo Gotti on his new album. Stream ‘All Dat’ and watch the music video below.