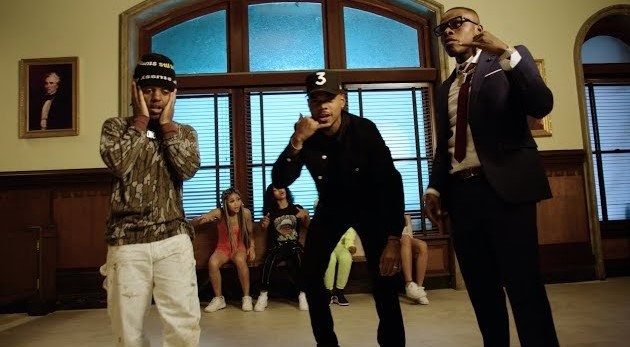 Off his debut, The Big Day album, Chano drops the highly-anticipated visual for his new hit ‘Hot Shower’ featuring DaBaby and MadeinTYO.

Directed by Reel Goats, Starring New Girl’s Jake Johnson, in the video Chance is the owner of his own gym and the mob is coming to collect their money. DaBaby and MadeinTYO pull up for their verses with a few baddies. The video also features cameos by Kel Mitchell (“Kenan and Kel”).

Before he hits the road for his highly-anticipated 2020 tour, ‘Hot Shower’ follows the video for Chance’s previous single ‘We Go High‘. Watch the new clip below.