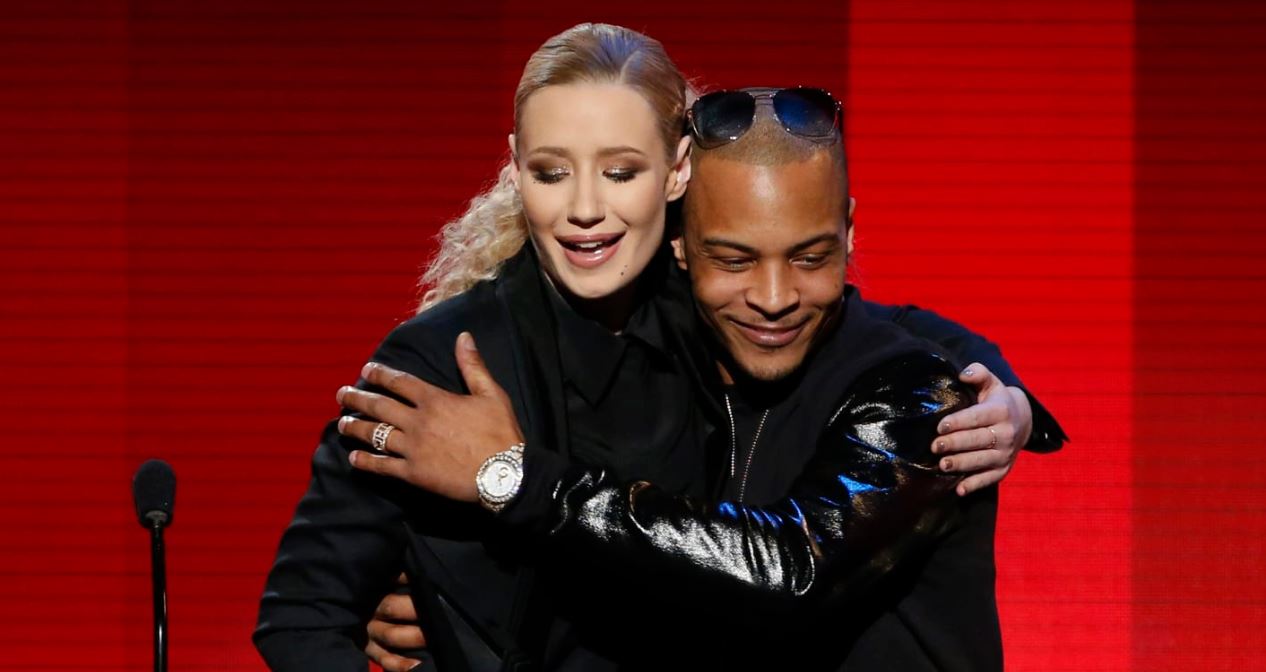 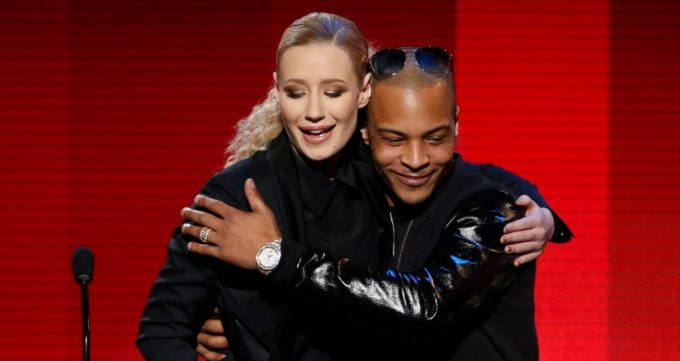 T.I. has realized that backing his once artist Iggy Azalea was a “blunder.”

In a chat with The Root, the rapper and now a host of Netflix’s new Rap competition show, Rhythm + Flow, used harsh words when he described his past ventures of working with a female rapper. “I’m still actively looking for another female rapper who can undo the blunder of Iggy Azalea,” the Grand Hustle Records mogul said. “That is the tarnish of my legacy as far as [being] a [music] executive is concerned. To me, this is like when Michael Jordan went to play baseball.”

Iggy and T.I. have not worked together in a few years but fans remember Tip signing the controversial Australian rapper to his label back in the day. On her track ‘D.R.U.G.S.’, Iggy called herself a “runaway slave master” which led to widespread criticism on the internet back in 2012. Q-Tip then sent her a message telling her that she needs to be more aware of the lyrics she says as it concerns the culture of Hip-Hop, race and politics. Instead of admitting, Iggy had fired back: “I’m also not going to sit on Twitter & play hip-hop squares with strangers to somehow prove I deserve to be a fan of or influenced by hip-hop.”

Azalea later apologized, admitting that “it was a tacky and careless thing to say” but the damage had been done and things were never the same for her.

When someone showed Iggy what T.I. recently said about her, the rapper reacted on Twitter but quickly deleted it later. “Imagine thinking I was his biggest blunder lmaooooooooo. Tip. Sweetie. We have a whole list for you,” said. See a screenshot of her tweet below. 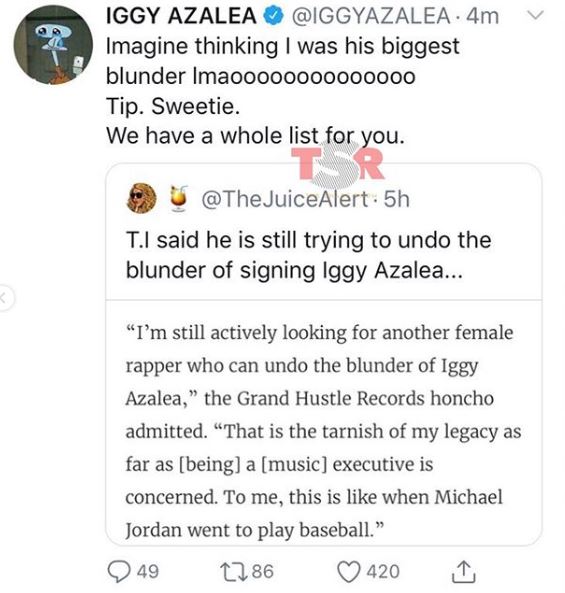