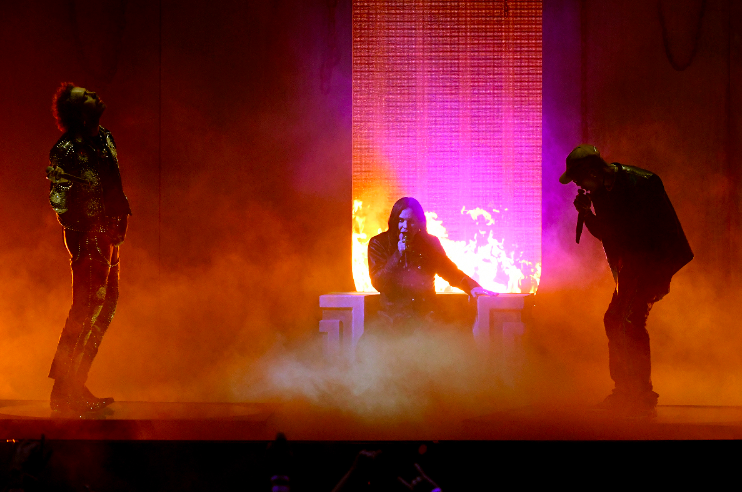 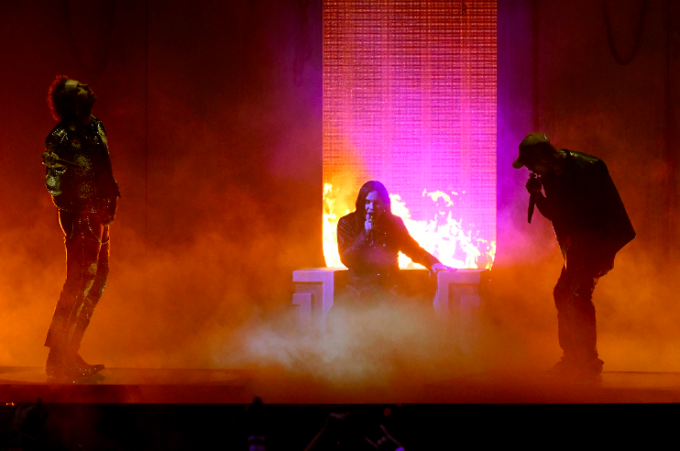 Post Malone delivered a rock heavy performance of his song ‘Take What You Want’ at the 2019 American Music Awards tonight.

After performing his current hit ‘Circles’, he invited Travis Scott, Ozzy Osbourne and Watt to take the set to the next level. The former Black Sabbath singer’s appearance on ‘Take What You Want’ marked as a sort of comeback for the metal legend, who has spent the past year battling various medical issues which includes surgeries.

Osbourne’s wife wife Sharon and daughter Kelly watched on as he performed the chorus sitting on a throne. Watch it below. ‘Take What You Want’ appears on Post Malone’s third album Hollywood’s Bleeding which won the best Rap/Hip-Hop album award at the show.