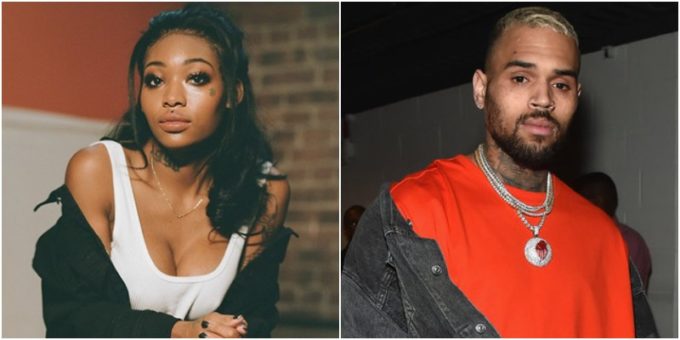 Summer Walker has been in the news lately. The singer took home the award for “Best New Artist” at the 2019 Soul Train Music Awards over the weekend (Nov. 17).

The singer kept her speech quite short as she suffers from severe social anxiety but was met with criticism by viewers in her comments who didn’t believe her disorder to be real. “You know, the scariest sh*t I’ve been witnessing is that most of the women leaving negative comments like ‘it’s an act,’ ‘I don’t have the right to act like this b/c I’m famous, bitch you slow’ or just flat out making fun of me for being vulnerable,” she wrote in response on Monday (Nov. 18) on her Instagram.

Check out her full statement here. The talented singer is not letting that affect her music though as she returns today with a new single titled ‘Something Real’ where he joins forces with Chris Brown on guest vocals and her boyfriend London On Da Track on the production. Chris had first teased the collab last month but fans can finally hear the final product today. Preview/Stream the mid tempo jam below.